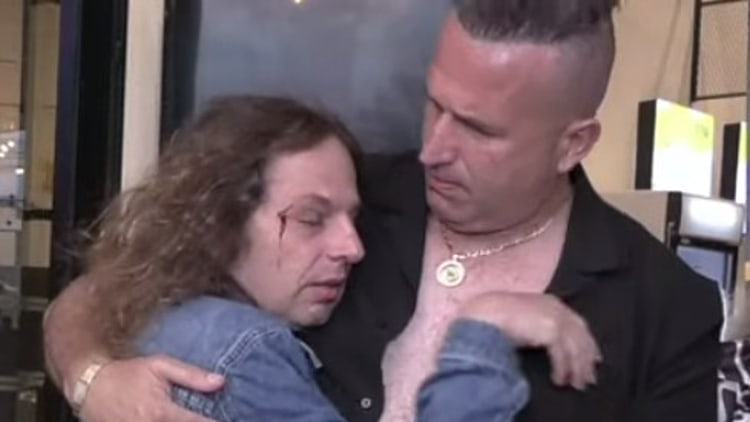 Two terrorist attacks disrupted the holiday spirit last week. In the latest incident, which also turned out to be the deadliest, two Palestinians used axes to kill three Jews in Ela’ad – a religious town about 30 kilometers (18.6 miles) east of Tel Aviv. In the first event, which took place in a shopping center in Ashdod – a seaside town 40 kilometers (almost 25 miles) south of Tel Aviv, I was the victim. A Jewish terrorist attacked me by smashing a metal chair into my forehead during a live broadcast of a TV talk show. I was injured in my right temple and ended up with a few stitches.

Both attacks were vicious, well planned, and employed cold but effective weapons. In both cases, the attackers fix their target according to what they deem ideologically unacceptable. The existence of an anti-Zionist Israeli citizen who dares to proclaim that Israel’s wars over the years were primarily an exchange of precious blood for redundant territory that has been or will be returned is not something that Jewish extremists can manage. I saw the hatred on the faces of my enemy audience in Ashdod. The words No Pasaran were written on their faces from the start.

Shortly after, I confessed that I did not stand still during the Memorial Day siren because, in my opinion, the death of most IDF soldiers granted new wars rather than peace and security – the chair was thrown directly at me. However, the suspected terrorist was not really alone. He had crowd support that allowed him to sneak past while others swore, spat, and even smashed my car window in what looked like an organized program.

A key to the success of terror is popular support. Just as no one in Ashdod was trying to stop the hooligans from lynching me, I doubt anyone in the village where the Ela’ad terrorists came from would see anything wrong with their actions. As for my position – and I can’t hide that I’m talking about a position – while violence of any kind should not be tolerated, it is much easier here to understand the Palestinians. For decades they lived under occupation with no expiry date, working mostly in low-paying manual jobs such as waiters, masons, drivers, etc. The Jews in Israel, on the other hand, are the masters of the land. I expect a more dignified approach from the master than from the servant.

The law enforcement system thinks otherwise: While the Jewish terrorist from Ashdod was returned to custody after a brief four-day arrest, Palestinians who are even merely suspected of sympathizing with terrorism rot for most of the rest of their life in prison. Can you imagine a Jewish town put under curfew in order to detect a single terrorist? In the occupied Palestinian territories, it is the rule of the land. Think about that the next time you vehemently declare Israel to be a democracy where justice is for everyone, regardless of ethnicity.

Amir Hetsroni was a faculty member at Ariel University in the West Bank. He emigrates from Israel in order to miss the next war, earn higher wages, enjoy cooler summers, and get a profitable living package. He has three passports and does not feel particularly concerned about anti-Semitism.