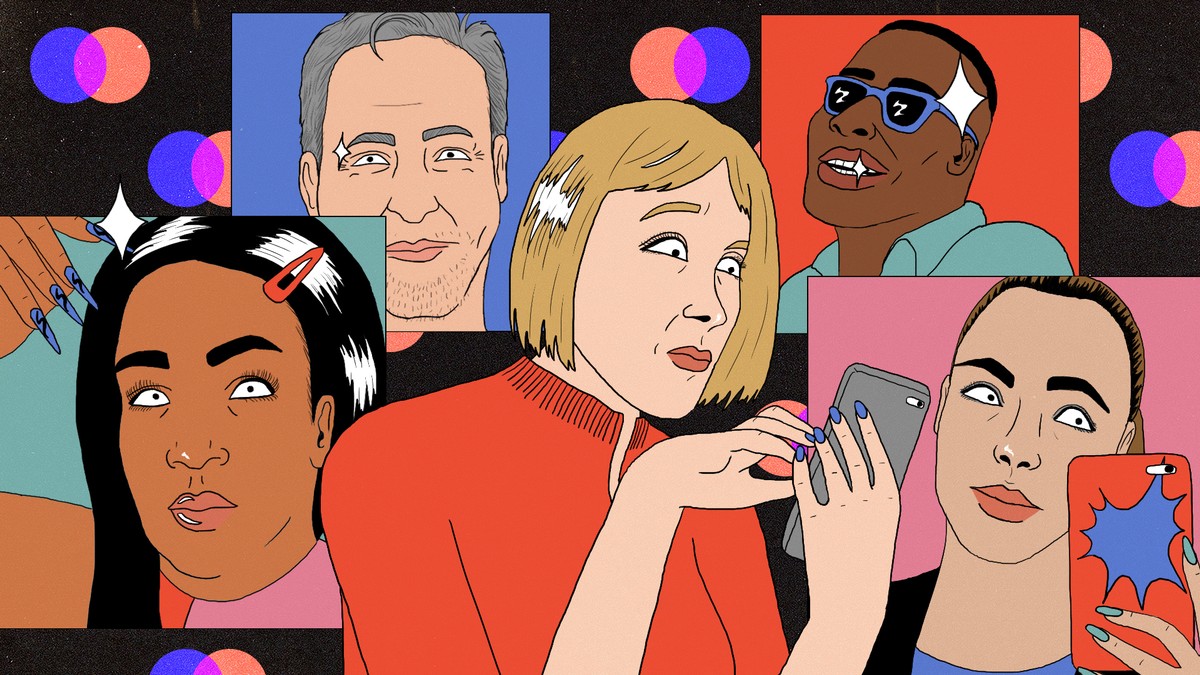 As a queer living in London, I’ve seen and met so many micro-celebrities at this point that I honestly feel like I could create a niche gossip column: influencers with hundreds of thousands of followers , Turner Award-nominated artists, or even just those models/DJs/party planners who are big “on the scene” but whose job titles would be impossible to explain to your straight friends.

But while all of this has brought me closer to becoming a WAG (why should straights have it all?) at times in my life, it has also brought a lot of drama. Being left alone all night in a corner at industry events, having your romantic evening ruined by cheering fans coming to your date every five seconds, or even just coping with the hectic work schedule of someone’s travels and the fact that you never be more important to them than their manager, even if you met them first.

It’s not for the faint-hearted but, if you want to find out for yourself, you’ll need some advice – which luckily I’m here to give you with the help of a few experts. So whether you’re matching with a VIP on an app or vibing with them in person, here’s everything you need to know about how not to make it a horrible experience for everyone involved.

First of all, what is it really like to date these people? Well, it turns out celebrities are just like us – some of them are cute, some are weirdos.

Angelica briefly recalls dating a famous actor she met on the Raya dating app, who “told me he liked me after our first date.” Like every celebrity I spoke to, she wanted to remain anonymous while spilling the dirt. While the actor was pretty enthusiastic from the start, she still felt like she had to pretend she didn’t know who he was to straighten out the power dynamics.

“I pretended I had no idea who he was,” she explains. “I think it helped my anxiety more than anything because I didn’t want him to think I was a weird fangirl.” In the end, things didn’t work out, but that had nothing to do with Angelica revealing whether she knew him or not. “We broke up a few weeks later,” she explains. “He freaked me out saying he wanted to have my baby and take me to America.” Ouch!

On the more mundane side of VIP-type close encounters, Louise ended up going home to a celebrity chef she met at White City House, a Soho House member club in west London. “I had liked him and thought he was in good shape for years, so when I saw him at the bar, I died,” she recalled. “The next thing I knew, he was buying me Patrón coffee and I was dying even more.”

Just like Angelica, she decided not to say that she recognized him. “I was like, ‘So… what are you doing?’ Even though I knew the whole story of his life. His approach and presumably bubbly conversation resulted in her staying the night and giving him the “boyfriend experience” the next day, but, sadly, he didn’t contact her again after that time. At the time, she was disappointed that it didn’t lead to something more lasting, but she knows she will always have fond memories of it: “It was like the best night of my life at the time. “

It’s a mixed bag, isn’t it, all this celebrity stuff? But despite the differing results, Angelica and Louise’s accounts raise an interesting point: Should you admit you know who your VIP date is or should you pretend to be completely unaware of their status? Well, playing cool has paid off for both (in varying degrees) but that’s probably not the key to a lasting relationship, let’s face it.

At least that’s what Michael Elman, a five-board certified life coach and boundary-setting expert (yes, that’s a thing) backs. “Pretending not to know who they are starts the relationship out of dishonesty,” she explains. “There’s a difference between acknowledging who they are and fangirling about them.”

What if you were, in fact, tempted to fangirl them? Elman’s answer is simple – it’s time to back off. “If you’re at the fangirl level, you shouldn’t date because the power imbalance will be too great.” Enough said, really!

So if you’re reading this and want to try it at home, you’re probably wondering where (other than Raya and a branch of Soho House, ofc) you can actually meet these people? For LGBT people, I can tell you that regular dating apps like Tinder, Hinge, and Feeld have been the source of queer micro-celebrity dating, and they can also be found at friendly places like Dalston Superstore.

For those not in London, things are a little trickier – because realistically the capital is where most celebrities are unfortunately concentrated! However, researching this story and filling in accounts from people across the UK (and even in Germany we are international huns) I learned that the people of Newcastle might stand a chance of match up with their local breed of micro niche celebrities: geordie coast cast members have been known to happily swipe on Tinder up there. Do what you want with it.

Simone Murphy, DJ, model and influencer with 115,000 Instagram followers, recently returned to apps like Hinge after a long love hiatus — and she has some words of wisdom to share. As she explains, going back to regular apps after dating people in her industry has been quite the experience: whether it’s being recognized by fans on a date or potential matches referring at his work.

One thing that is particularly difficult is managing people’s expectations. “I met people who had preconceived ideas about me [based off my work], I don’t like it because I think it adds a weird power dynamic and makes it pretty hard to get to know someone on a genuine, intimate level,” she explains. “I find it quite embarrassing if people refer to me about my work, it adds another layer of anxiety because not only are you analyzing how you get to them, but you’re also quite aware that they may have already formed an image based on a two-dimensional version of you.

So, how not to completely freak out your potential VIP love? The answer is quite simple – remember that just because you know their work doesn’t mean you really know anything about them. “The key is to remember that just because they’re a public person doesn’t mean you actually know them,” Elman says. And whatever you do, don’t look for them before you meet them! “Avoid googling them for more information and instead ask them questions directly the same way you get to know someone else.”

And one last thing to remember? Keep in mind that if they’re hitting on you, they’ll probably like you a little too, so stop wondering if they like you and start approaching them with the same interest, good humor and respect you would offer somebody you want to have a drink. “You focus too much on the fact that you matched with them, but you also have to remember that they match you,” Elman says. “It may be a cliché, but they are human like everyone else!”

What it's like to match with celebrities on dating apps