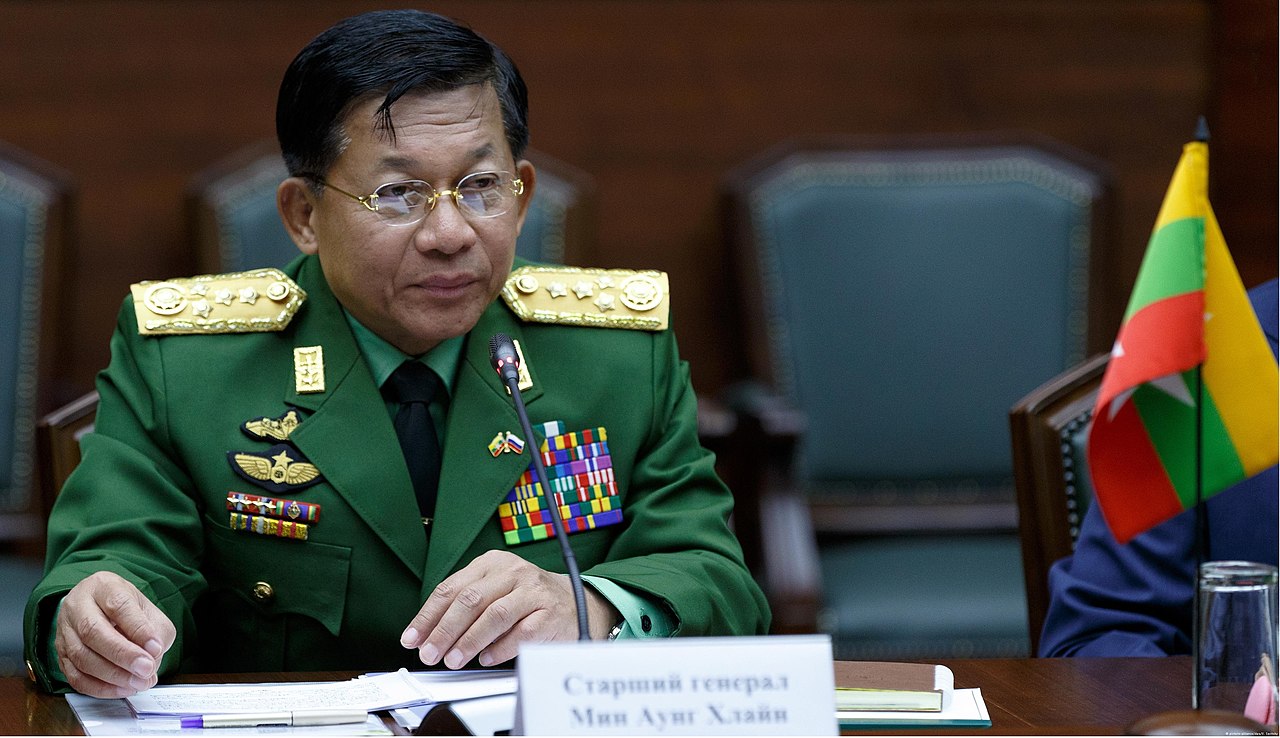 As the massive resistance against military rule in Myanmar continues, the beleaguered military administration is establishing three priorities in its survival strategy.

As expected, Myanmar’s State Administrative Council (SAC), also known as the military junta, last week extended the country’s state of emergency for another six months. Along with the extension, SAC Chairman, Major General Min Aung Hlaing, delivered a public address outlining SAC’s challenges and the long list of tasks it hopes to accomplish over the next six months.

First, the holding of elections remains a top priority for the junta. The SAC is currently in the process of issuing national registration cards and verifying voter lists. If all activities are completed, elections will take place in August 2023. However, given the security situation with widespread armed resistance against the military regime, it will be difficult to complete the necessary preparations and hold elections in the 1,171 constituencies.

Most constituencies – including Sagaing and Magway regions, and Chin, Kayah and Karen states, which account for almost 30% of all constituencies – will struggle to hold elections. However, this figure may also change, as the Union Election Commission manipulates the elections by changing constituencies and adopting a proportional representation (PR) system. Elections in urban areas also face the challenges of improvised explosive device (IED) threats and urban warfare. Therefore, candidate security and voter turnout could be major issues.

These difficulties could lead to one of the following two outcomes: either an extension of the state of emergency for an additional six months, or the holding of an election in a small number of constituencies and the extension of the electoral period, as in the first post-independence election in 1951-1952, which lasted more than eight months (voter turnout remained at around 20%). Most countries have already rejected the legitimacy of this election, the holding of which is not even guaranteed. However, the SAC will push the idea forward as its main exit strategy from the current political crisis.

Second, food and energy security. The Sri Lankan economic crisis prompted the SAC to prioritize security in vulnerable areas, especially food and energy supply. Despite the fact that agriculture and energy are mentioned and prioritized in most SAC meetings, the junta is now following demand and has maintained the average annual rice consumption for the past year. According to the chairman of the Myanmar Rice Federation, there is still enough rice for domestic consumption, but keeping up with inflation is a challenge for most households as the economy slumps. Within 18 months, the retail price had doubled. Due to the escalation of the conflict, which has led to a series of arson attacks in the center of the country, there will be almost no planting this year, which will lead to higher prices in the coming months. This will affect more than half of the population, 40% of whom already live below the national poverty line, according to the World Bank.

Cooking oil is another major problem, as it depends on palm oil imports from Malaysia which have been distributed through a quota system, and the war in Ukraine has more than tripled palm oil prices. . To meet demand, SAC now plans to develop large-scale sunflower oil production. This project could start with help from Russia and China, but large-scale sunflower cultivation is relatively new in Myanmar and achieving economies of scale can take years.

Rather than focusing on large projects, SAC’s new energy strategy is to power metropolitan areas with small electric generators. This is to mitigate the risk of IED attacks on the power grid and the cost of upfront investments. Although a handful of solar power projects are approved for investment, the opposition national unity government has rejected all the projects and condemned them, posing political and security risks to potential investors. However, entering into power purchase agreements with SAC will also be a challenge for investors due to the exchange rate. Building a small nuclear reactor is another option, but it will require technical assistance, and Russia will likely be the only partner to do so.

The junta’s third priority is to continue its survival diplomacy. Despite international pressure, the capital Naypyidaw has strengthened its ties with its existing regional partners: Thailand, China and India. Although relations with Beijing are not always smooth, the Lancang-Mekong Cooperation Mechanism has provided a platform for Naypyidaw to engage in regional affairs, albeit with limited capacity. The return of direct exchange to the US dollar as the currency of settlement in recent months has hampered planned projects between China and Myanmar, but a regional payment system between Russia, Myanmar and China is in the works. agenda.

The recent visit of Russian Foreign Minister Sergei Lavrov showed that relations between Naypyidaw and Moscow go beyond arms sales. A series of meetings on economic cooperation and investments are planned for the coming months. Although this can be seen as Naypyidaw’s strategy to counter Chinese influence, it will be difficult to conduct financial transitions and economic activities without Beijing’s involvement. As the relationship is a strength, a new block of partnerships is likely to appear in the region and can have an impact on the existing regional architecture.

Implementing the five-point consensus of the Association of Southeast Asian Nations (ASEAN) remains on the junta’s agenda but not as a priority, and the SAC appears to have its own interpretations of the peace plan. Coming to a halt to the violence is difficult in the current political and security context, and the time has not yet come to engage in mediation and dialogue. Yet, without having way two and quiet diplomacy, dialogue remains a castle in the sky.

Over the next few months, the SAC will pursue its electoral program and seek partners to support it. Along with the Ukraine and Taiwan Strait crises, Naypyidaw’s life-saving diplomacy could attract new players and impact the region in various ways in the years to come.