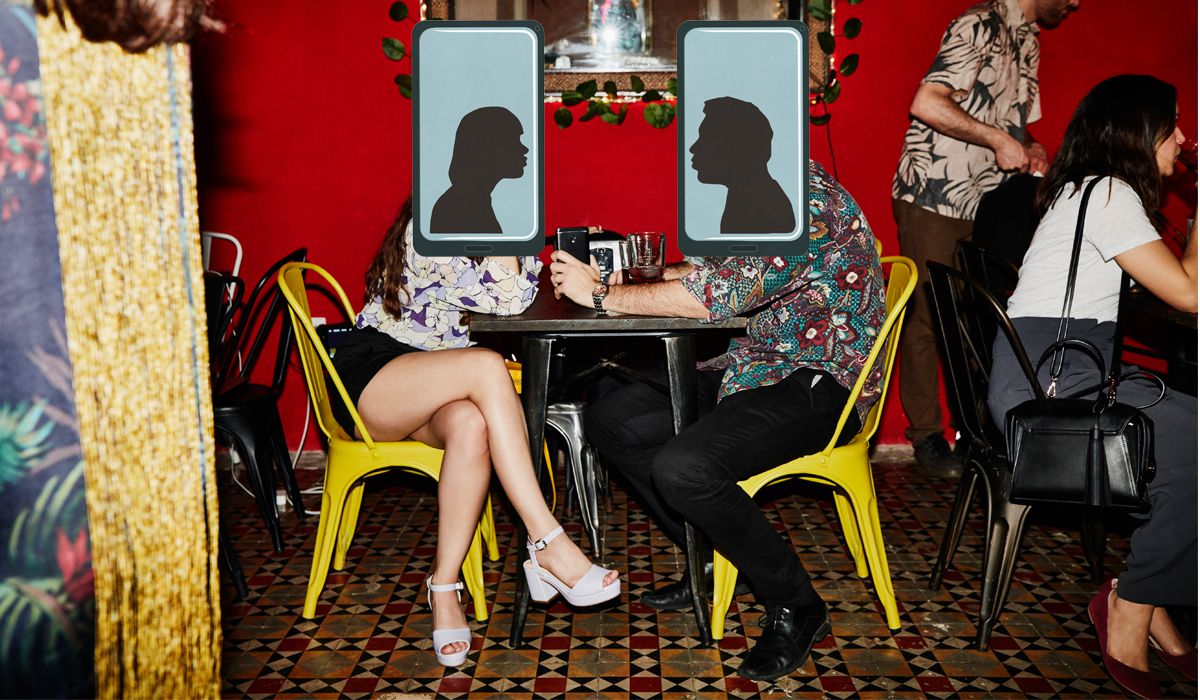 Andrea Gil “swiped” Tinder. That’s how she says it like the dating app is a video game. A 36-year-old from Madrid, she scans the profiles at a frantic pace, her fingers moving with the agility of a pianist: left, right, left, right. Until there’s none left. Then, a message appears announcing “there are no more singles in your area”. Game over. The phrase is apt not only because of its ingenuity, but also because dating apps are becoming more and more like video games.

A study from Stanford University in the United States found that 39% of heterosexual couples and 60% of same-sex couples meet through dating apps. And one in five couples who got married in Spain in 2019 met online, according to the marriage platform, Bodas.net. On the plus side, this means it’s now easier to meet someone without needing to be introduced by friends or going to a nightclub. The connection is faster and within everyone’s reach. But there are also side effects. One of them is the gamification of dating, a way of wrapping the search for a partner in the dynamics of the game to keep the user on the platform.

The problem lies in the very mechanics of the application. To get in touch with a partner and be able to talk to them, Tinder asks the user to swipe the profiles of the candidates from one side or the other, accepting them or rejecting them, in a carousel of suitors almost without end. According to various studies, Tinder has 57 million users in 190 countries who together swipe 1.5 billion profiles daily. Photos are sifted through the same way chrome cards are distributed in the schoolyard. This one yes, this one no. This is why many users call the constant search for matches “chrome collecting”.

“I’m not unhappy with these apps,” says Gil, who has used almost all of them over the past seven years, “but I think there were times when I felt addicted. It’s addictive that makes you search – instead of engaging people in conversation, you keep scrolling through profiles. It’s just something I do mechanically, when I’m on the subway, or watching TV or during my free time.

Gil is not unusual. One in six singles admits to feeling addicted to the matching process, according to a 2017 report from Match, the parent company of dating apps Tinder, OKCupid, Pairs and Hinge. But the addictive factor does not affect everyone equally. Millennials are 125% more likely to become addicted than previous generations and men are 97% more likely than women. What is concerning is that this effect is not random; it is rather intentional and has been carefully designed to produce this result.

The so-called infinite swipe is a mechanism similar to that used by social networks such as Facebook, Twitter or Instagram, in which case it is infinite scroll, to keep the user engaged with endless posts. “This system has been shown to trigger dopamine secretion, creating a degree of addiction,” says Californian psychologist Alina Liu. “What happens in our brain on these apps is quite similar to what happens with gambling or slot machines.”

It is a variable reinforcement program in which a reward hovers on the horizon. â€œThe hope of getting that reward, in this case a game, motivates us to keep sliding,â€ adds Liu. The problem is that with dating apps, the reward isn’t seeing an interesting message, or even three red cherries and a bunch of change. It’s physical validation, a potential date and, who knows, maybe the love of your life. Pressing these emotional buttons can earn apps a lot of money. Tinder told EL PAÃS that free users can only accept 20 applicants per day and that its business model is not based on user retention, but on the user opting into a paid account.

In any case, it is a model that works. In the first quarter of 2022, the Match Group reported revenue of $3 billion. Tinder has 163 million premium users, making it the most profitable lifestyle app in the world, according to the company’s own data.

â€œThese apps put dating through a capitalist filter and made it an addictive game,â€ Liu says. “The problem lies in their business model: they generate revenue through subscriptions and advertisements, so their profits are tied to users who spend the day swiping left and right across their platforms.” That’s why they are constantly looking for new features to build user loyalty on the app. Recently, Tinder has added gamified features like Swipe Night, an interactive mechanic that asks the user to make moral choices â€“ save the girl and risk her life or run from danger â€“ that can impact who they connect with. the future. Gamification is becoming more and more obvious and is justified by the company as a way to better understand the preferences of Gen Z. â€œThey tempt you all the time, telling you to keep going, to persevere,â€ says Gil.

But while apps can use features to try to keep the user hooked, the user has the final say. The problem is not only in the algorithm or the design of the application, it is in the personality of the user or in his environment. “For me, the emotional discomfort in the person who develops the addiction is clearly more relevant,” says psychologist Paloma Salamanca Iniesta. â€œWe are constantly surrounded by addictive substances and experiences â€“ tobacco, coffee, gambling â€“ but we are not usually sucked into one of these unless we are going through a moment of particular psychological vulnerability.â€

According to a report by dating app Badoo based on data from its 370 million users, a millennial will spend an average of 90 minutes a day there. These delays can fly away if the person is going through a difficult period or develops a certain degree of dependency.

Applications do not always take advantage of the vulnerability. Many are implementing digital wellbeing measures. Bumble periodically posts messages to its users to minimize the negative impact dating apps can have on their self-esteem. “Our app has a number of features that put mental health and self-care at the forefront, such as the Snooze feature, which gives you the option to pause your activity and come back when you’re ready,” says Naomi Walkland, Bumble’s vice president for Europe. Thursday goes even further. This app is only active one day a week and is based on creating events in bars and increasing dating beyond the platform.

However, the general trend is to maximize the user’s time on the app and get them to subscribe to paid models to increase their profits. The search for love in the digital world is inseparable from the search for profit. “Tinder is an emotional techno-commodity – that is, a commodity that provides emotions and uses technology,” French-Israeli sociologist Eva Illouz told EL PAÃS several months ago. “And it’s an emotional techno-commodity that profoundly alters current forms of socialization.”

The rise of Tinder and all the apps that followed it has dramatically changed the way people search for a partner. â€œThey are impacting the dating landscape and modern couples in many ways,â€ says Dr. Liu. But what these pathways are remains to be established. “Do couples become more homogeneous as they meet through carefully selected filters, with overlapping educational views, political views, and financial situations?” Liu wonders. “Do dating apps make it harder to find love, given the abundance of options at your fingertips and the resulting paralysis of choice?”

It will likely take us years to answer these questions, as they raise complex questions in hitherto unexplored scenarios. What seems clear is that the way we meet people has changed forever. Writer JosÃ© Luis Alvite would say that dating is the social packaging of what is nothing more than an instinct. In recent years, another layer has been added, a technological, playful and capitalist layer that transforms the process of finding a date into something exciting and addictive. Until it ceases to be.

Best dating apps to find friends or that special someone