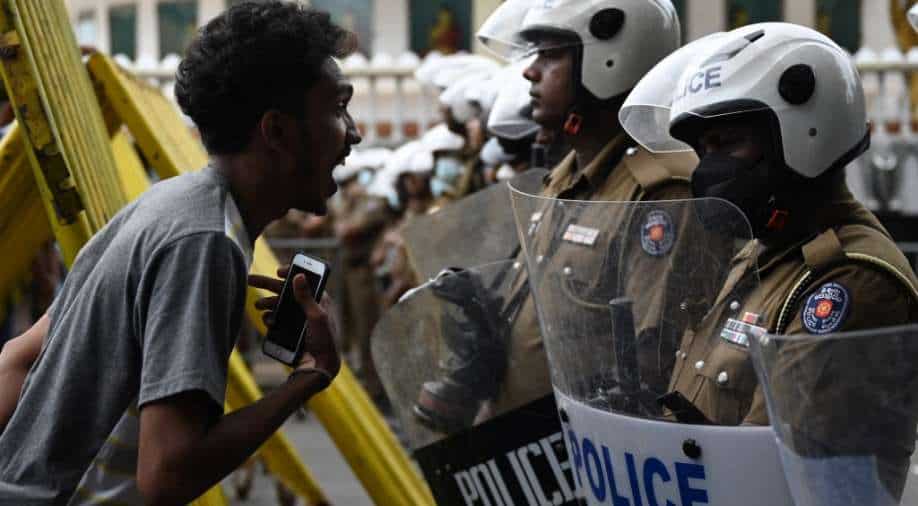 It has been a turbulent year so far for Sri Lanka, with the island states’ worst fears coming true. The current economic crisis had been brewing for some years due to Sri Lanka’s poor political decisions and policies, the adverse effects of excessive centralization of leadership even at the cost of weakening democratic institutions, deficient future economic planning , the opportunism of lending countries like China. The result was a situation of severe shortage of foreign currency, leading to record inflation and a shortage of essential goods for citizens, including fuel, food and medicine.

With President Gotabaya Rajapaksa abandoning citizens and fleeing to Singapore followed by his resignation, there is no doubt that the social and political unrest in the state is here to stay and the disturbing images of protesters storming the presidential house and government offices and days spent outside fuel pumps are not exaggerations but a true depiction of chaos.

Sri Lanka thus finds itself in the middle of a whirlwind. These strong currents which drag Sri Lanka further into the storm, call for a strong, strategic and well-crafted reaction from India in the given situation. India is a leading country in the South Asian region and an immediate neighbor with a historically cordial relationship with Sri Lanka.

What should be the Indian reaction?

India as a leading civilizational power in the region. It not only has a strategic requirement and reasons of national interest, but also a greater moral responsibility to act when an immediate neighbor is in crisis. Foreign Minister S Jaishankar stressed earlier in July that the current economic and political crisis “relates to a very close neighbor and given the proximity, we naturally worry about the consequences, the fallout it has for us”.

India should have a dual purpose in the given situation where Sri Lanka is not just encountering political instability but a severe shortage of foreign exchange reserves which has led the country to struggle to pay for essential imports.

First, to provide as much assistance and support as possible to Sri Lanka. This would serve two purposes, to prevent Sri Lanka’s democracy, its vibrant institutions and its governance record from degenerating into a politically, economically and socially disrupted state in the years to come. It is certainly not in India’s national interest for another neighboring state, after the unpleasant experiences of Afghanistan, Pakistan and Myanmar, to become a hotbed of notorious non-state actors, undemocratic regimes and socio-economic disorders in general.

After all, a few decades ago, India was to take in refugees from Sri Lanka, send the rather controversial peacekeeping mission to the state between 1987 and 1990 and, later, after the end of the civil war. Sri Lankan, send help. India has provided rehabilitation assistance to many internally displaced persons (IDPs), Sri Lankan Tamils ​​uprooted due to the situation arising from a protracted civil war in Sri Lanka.

Responding to a question in Parliament, asking whether India is taking any steps to help Sri Lanka out of the unprecedented crisis, Minister of State at the Ministry of External Affairs, V. Muraleedharan, cited details of the support and India’s continued efforts towards the economic development of the Sri Lankan people by overcoming economic challenges.

He said that earlier this year, “India granted a US$400 million currency swap to Sri Lanka under the SAARC and postponed subsequent settlements of the Asian Clearing Union ( India has also offered a US$500 million line of credit for importing fuel from India A US$1 billion credit facility has been introduced to help Sri Lanka procure food, medicine and other essential items to India, there was also humanitarian aid or donation of essential medicines, kerosene and urea fertilizer.

Another crucial purpose that Indian support would serve would be to prove domestic critics of the Modi government’s foreign policy wrong. There have been criticisms that the Indian government in recent years has not prioritized maintaining sound bilateral relations in the neighborhood, especially with smaller South Asian states like Nepal, etc.

Dismissing recent criticism based on a report that Sri Lanka in 2020 had asked India for a debt deferral, EAM Jaishankar said no formal request for aid had been made earlier, so Indian aid could not be called “too a little too late” in this case.

The crisis in Sri Lanka gave the Indian government under Prime Minister Modi a good opportunity to strengthen its “neighborhood first policy” and show how the policy could be implemented and widely seen in action. As India pledges $3.8 billion to support Sri Lanka, EAM Jaishankar reiterated that the Prime Minister is committed to his neighborhood first policy where the government is making special efforts to try to support the country’s neighbors in a way that meets their needs.

A second and notably equally important objective for India is to name and shame the PRC. This would heighten diplomatic pressure on the PRC and draw international attention and likely invite international condemnation later on of the “deliberate” and “ill-intentioned” bad loans that China offers to many developing states like Sri Lanka.

Since 2019, there has been an overall decline in Sri Lanka’s foreign exchange reserves and a record increase in external debt. China alone accounts for around 10% of the total debt, what Jaishankar calls “unsustainable debt”, of around $34.6 billion.

The ANI reports that, according to a study carried out last year by two Sri Lankan economists, “the official data from the Ministry of Finance of Sri Lanka indicating that it is 10% could simply cover the debt of government to government. And commercial loans to the government and loans to Sri Lankan public enterprises”. For example, in the case of the Hambantota port development, China wrapped Sri Lanka in an unequal deal with a controversial 99-year lease agreement. Sri Lanka defaulted and had problems with loan repayments and eventually lost control of its own port.

China has sought to destabilize many Asian and African economies in the past with its “debt traps”. It is one of the biggest investors in various infrastructure projects in Sri Lanka, although there have been national and international concerns that China is luring Sri Lanka into a debt trap.

However, it must be recognized that several reasons that have proliferated the recent economic and political crisis in Sri Lanka have internal or national causes, but the role of China in the current turmoil cannot be completely ignored. Many political and economic analysts believe that the Sri Lankan crisis cannot be considered a thunderbolt or unprecedented as it has been for some years due to Sri Lanka’s poor political choices and economic planning.

To conclude, for Prime Minister Modi’s ‘neighborhood first policy’ to be seen in action, the politico-economic crisis in Sri Lanka presents a ripe moment for India when it could act and help the state of all possible ways.

Apart from the many strategic advantages, what India could derive from this crisis would be to emerge as a strong state in the region and provide a support system to many SAARC and BIMSTEC member states. There is a void for a leadership role for the fraternity of states that have borrowed heavily based on Beijing-designed contracts and terms. Many of these economies are in “debt traps”, with their economies already showing signs of strain. India is known for its soft power credentials and in the Sri Lankan recovery India’s support is paramount.

The author is an Assistant Professor in the Department of Political Science, Lady Shri Ram College for Women, University of Delhi.

NOTICE: Tiranga and RSS - Heckling has passed its expiration date