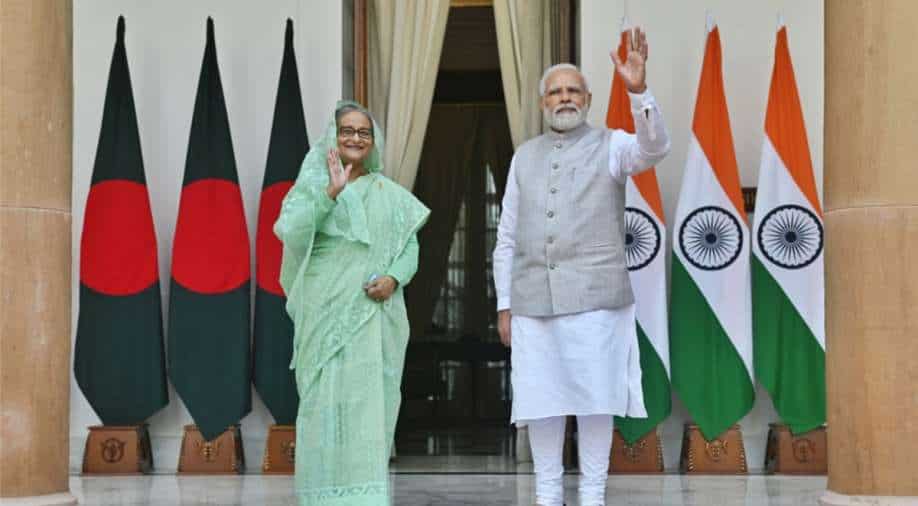 New Delhi welcomed its closest friend in the neighborhood, the Prime Minister of Bangladesh, Sheikh Hasina. More importantly, this is his third visit under Indian Prime Minister Narendra Modi. Sheikh Hasina’s last such visit was in October 2019. This in itself shows the importance that Bangladesh attaches to its friendship with India. It should also be mentioned that Prime Minister Modi was a notable dignitary visiting Dhaka in March this year, taking part in the Mujib centenary celebrations strengthening the ties between the two countries. The centenary celebrations remembered Mujibur Rahman, the father of the nation of Bangladesh.

Sheikh Hasina’s current visit is of extraordinary significance as the two countries are likely to sign numerous pacts aimed at resolving long-outstanding issues.

Among these issues is that of the River Teesta. The government of West Bengal has to take a call. Importantly, the two countries held a meeting of the Joint Commission on Rivers (JRC) to pave the way for a smooth resolution of these critical issues. Apart from this, the two countries are likely to pursue the aspects of rail and road connectivity meant to further improve the communication network.

In addition, Bangladesh should highlight the issue of Rohingya repatriation to Myanmar, as this massive issue has been going on for five years since the first group of Rohingya were pushed into Bangladesh by Myanmar. This remains relevant in recent times, India has held Bangladesh’s hand on the Rohingya issue and has also tried to persuade Myanmar to take back the Rohingya. Apart from this, India remains concerned about apprehensions by the Bangladeshi security establishment that there is a strong possibility of extreme religious indoctrination of a major segment of the Rohingya population sheltered in Bangladesh.

As previously reported, Bangladesh’s security and intelligence authorities fear that even a tiny percentage of Rohingya are being religiously brainwashed, the ramifications of such frenzied radicalization could have cascading effects even across the long, largely porous borders. adjoining India. And, any such spillover could prove disastrous for Indian security interests. Speaking of security guarantees, India and Bangladesh have reportedly already established a cooperation mechanism to fight terrorism and share avoidable material information. This visit could see more meaningful and detailed discussions about this. In this regard, it should be mentioned that Bangladesh has on the whole been able to control the terrorist threat and after the terrorist incident of July 1, 2016 at Holy Artiesan Bakery in Dhaka, there is no had major cases of terrorist attack in Bangladesh.

However, on the sidelines of the New Delhi summit, the Indian side will in all likelihood draw attention to the intermittent incidents of communal violence in Bangladesh affecting the lives and property of Hindus and the prevailing sense of insecurity among the unfortunate Hindus. Incidentally, the holiest celebrations of Durga Pooja by Hindus are only a few weeks away and India is likely to bring to the attention of Bangladesh extraordinary preventive measures to protect Hindus from any attack by vandalism and Hindu deities and acts of sacrilege.

The Prime Ministers’ Summit between the two is also expected to see enhanced cooperation in the security, infrastructure and energy sectors on an extraordinary scale. Notably, this important summit will allow the two countries to take stock of the progress made by India and Bangladesh in various critical areas of collaboration. Some knowledgeable observers from India and Bangladesh believe that Hasina’s visit will be an opportunity to expand their ties beyond their regional canvas to an Asia-Pacific landscape. There is also a strong possibility for in-depth discussions around the Indo-Pacific economic framework. By the time this article hits the press, there may be the inclusion of more agenda items marking an important step towards a more concrete bilateral partnership between the two.

Whatever the agenda items to be discussed between the two countries, one thing seems certain that Hasina’s visit will bring India and Bangladesh closer together and reduce their differences, if any. This is perhaps the best kind of Indo-Bangladesh relationship the world has ever witnessed and the summit will give both countries an opportunity to take care of each other’s problems and stand strong against all adversities. This visit by Hasina will also be a signal to countries like Pakistan, Turkey and China that no matter what, India and Bangladesh are firmly committed to each other and will remain so for years to come. coming. Significantly again, Bangladesh has its general elections, in 2023 and India is about to hold its elections, a year later in 2024. So this takes on more significance than in previous visits by Hasina . The result of the visit deserves a revisit of the warmth that both countries enjoy, bringing an additional thaw to their existing bonhomie. Last but not least, India proved its friendship by standing with Bangladesh during the Covid crisis by dispatching a huge stockpile of vaccines to Dhaka and Hasina not so long ago acknowledged the contribution from India to the Bangladesh liberation struggle of 1970-71. Do they say more to prove their friendship?

Why dating apps can be harmful to your mental health