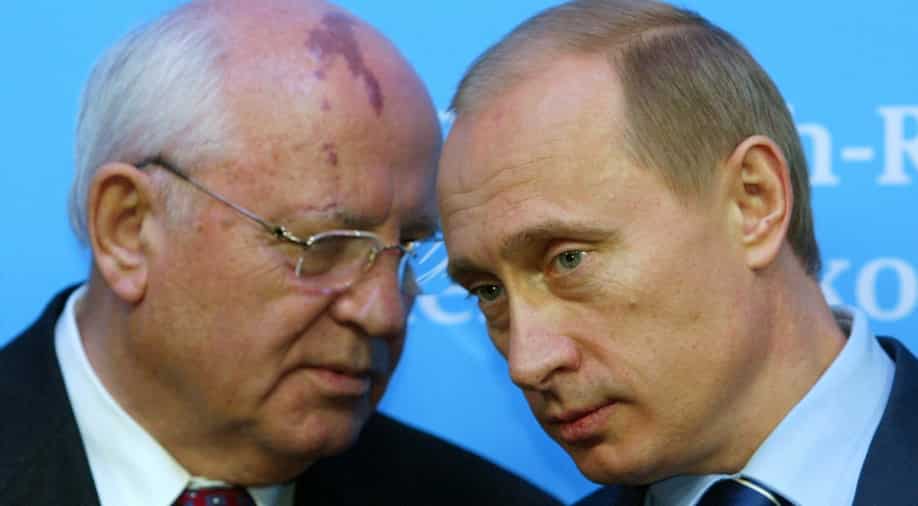 The last ruler of the once mighty Soviet empire, Mikhail S. Gorbachev died on August 30, 2022 at the ripe old age of 91 in a Moscow hospital. The former General Secretary of the Communist Party of the Soviet Union (1985-90) and President of the USSR (1990-91) was the country’s de facto ruler and a leader of stature is rightly remembered that has helped bring about revolutionary change in the world order. But Gorbachev is probably not rightly judged when he is accused of having presided over the disappearance in 1991 of an advanced nuclear power, namely the Soviet Union.

In order for the younger generations to be able to understand Gorbachev, his policies, his successes and his failures in the right perspective, a quick look at the defining moments in the history of those years is in order.

By the time Gorbachev rose to power to become the CPSU’s General Secretary at a relatively young age of 54, the USSR had achieved the stature of a global nuclear superpower alongside or perhaps on par with the United States. United. During the preceding years, the USSR had undergone a complete political, economic and social transformation and the society had acquired a distinct Soviet identity in several aspects. However, a strong sense of deprivation, a thirst for Western glitz and glamour, and the suppression of basic freedoms prevailed locally.

It was in this context that Gorbachev unveiled “Perestroika” and “Glasnost”. Perestroika (restructuring) aimed to open up the Soviet economy, provide incentives for private initiative and entrepreneurship, and integrate into the global economy as far as possible. The idea of ​​”perestroika” was in tune with the trends of globalization that were gaining momentum during those years. Gorbachev’s “Glasnost” aimed to create opportunities for free speech for individuals, media and institutions for a society that had suffered greatly from the repression of dissent. at the hands of the authorities, especially under Stalin’s regime when millions lost their lives for opposing the system.

The gradual democratization of the political system and the transformation of the state-controlled economy into a market economy were therefore the general objectives of the twin reforms of Perestroika and Glasnost.

Unfortunately, from Gorbachev’s perspective, there were unintended fallouts from Perestroika and Glasnost. Perestroika ran into difficulties because Gorbachev failed to put in place a roadmap or a viable new framework before advocating the reform of existing state-controlled economic structures. Additionally, Glasnost led to the resurgence of suppressed nationalism in various parts of the USSR, resulting in aspirations for the termination of the USSR and the declaration of independence.

It is pertinent to point out that Gorbachev was opposed to the idea of ​​cessation and separatism and wanted to preserve the Soviet Union, albeit in a renewed and reformed version where the constituent republics were assured of greater sovereignty. In an address to the nation in February 1991, Gorbachev reportedly said, “I have the deepest conviction that unity must be preserved”, and that “separatism will condemn people and destroy their way of life”. He even gave a veiled warning that “those who secede are doomed to fail”.

However, much to Gorbachev’s chagrin, nationalist movements in the Soviet Union culminated with the declaration of independence by the three Baltic republics – Estonia, Lithuania and Latvia – in March 1991 and there were signs that other republics were moving in the same direction. This posed a serious threat to the survival of the Soviet Union.

In this context and also to appease the conservative forces of the CPSU, Gorbachev attempted to preserve the Union as a reformed federal structure. A national referendum was held on March 17, 1991, in which voters had to answer yes OR no to the question: “Do you consider it necessary to maintain the Union of Soviet Socialist Republics as a renewed federation of equal sovereign republics?” in which the rights and freedom of an individual, whatever his nationality, will be fully guaranteed? »

Six Soviet republics, including Armenia and Georgia in the South Caucasus and Moldova, as well as three Baltic republics — Latvia, Lithuania and Estonia — did not participate. More than 80% of the Soviet adult population (148.5 million people) took part in the referendum, and among them 76.4% voted “yes”. It was indeed a moral victory for Gorbachev and a strong mandate for him to reconstitute the Union in a reformed format. On April 23, 1991, Gorbachev met in Novo-Ogarevo, a village near Moscow, with the leaders of the nine republics that took part in the referendum and launched the process of drawing up a new Union treaty. (This process became known as the Novo-Ogarevo process.)

However, the treaty could never be signed as events were overtaken by the failed coup plotted by conservative communists against Gorbachev, hours before the new treaty was scheduled to be signed on August 20, 1991. Gorbachev was assigned housed but released after a short period. while the coup failed, but he emerged from this episode as a weak leader. He resigned as General Secretary of the CPSU on August 24, 1991.

Soon the center of power shifted to Boris Yeltsin, the President of the Russian Soviet Federative Republic, who had shown enormous courage in defying and aborting the coup. He did not pursue the idea of ​​a reformed Union and instead took his own proposal to a logical conclusion with the December 21, 1991 signing of the Alma Ata Declaration on the Establishment of the Commonwealth of Independent States. Gorbachev’s resignation four days later as President of the USSR on December 25, 1991 was a mere formality. It is difficult to say what the fate of the new truncated Union would have been, if there had not been a coup on August 18, 1991.

In a nutshell, Gorbachev was a well-meaning reformer but failed to realize his dream of a reformed Soviet Union. We can also describe him as a utopian who wanted to reconstitute the USSR as a Union of Independent States and then preside over it as a super president.

Naturally, when he passed away, Gorbachev received glowing tributes from the West. The Prime Minister of India also described him as a “prominent statesman of the 20th century who left an indelible mark on the course of history”. But that is sadly not the case in his own country where many still hold him responsible for the disintegration of President Putin, who went to the hospital to lay a wreath, is forgoing the September 3 funeral on the pretext previous commitments.

Technically Putin may be right in that Gorbachev did not hold any official position in the Russian Federation which emerged after the collapse of the USSR and therefore a public ceremony in the prestigious Hall of Columns and a guard of military honor to pay homage to Gorbachev. is what the Russian government considers best and in order. But there is obviously more than meets the eye.

Putin has never had a comfortable relationship with Gorbachev who recently criticized Russia’s invasion of Ukraine. Moreover, Putin is known for his nostalgia for the USSR and is determined to restore the lost glory of the Russian Empire.

He once described the collapse of the Soviet Union as the “greatest geopolitical catastrophe of the century” and that “he who does not regret the Soviet Union has no heart”. Putin’s decision to stay away from the funeral may be to signify that he did not forgive Gorbachev even after his death.

How to get a date and meet people on dating apps