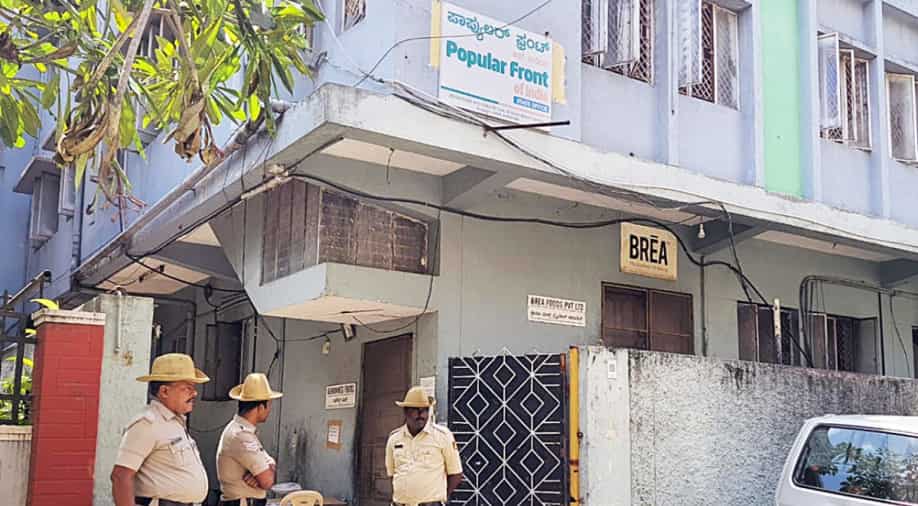 “The only thing we learn from history is that we learn nothing from history,” said German philosopher Georg Hegel.

England – an island of four million people in 1600 AD, mostly shepherds by profession, created and ruled the greatest empire in world history that can only be compared to Genghis khan, the bully .

The United States suffered a deadly strike on September 11. Everything changed overnight. – their laws as a tool in the fight against terrorism – the brand new Department of Homeland Security springing up out of nowhere, their foreign policy, immigration processes and access control, and intelligence transformation to name a few only a few. Not that their system is perfect, but it shows their ability to change quickly and take changes to operational levels. No wonder 9/11 didn’t happen again. The secret of success lies in lowering the state’s tolerance threshold for extremist elements, changing quickly and constantly, and bringing the changes to the last governmental officer of the functioning state apparatus.

After the September 11, 2001 terrorist attack in the United States of America (USA), the Indian government banned SIMI and the ban continues to this day. The ban destroyed SIMI’s presence in the field. All known associates, addresses, locations, units, bank accounts and offices have been sealed and seized. He dealt a heavy blow to SIMI, and he was never able to resuscitate.
If the experience of banning SIMI is to be believed, then a ban on PFI will have its fair share of the desired effect.

Last month, the union’s home ministry effectively banned the People’s Front of India (PFI) for five years and most of its top leaders were arrested following the pan-India crackdown by investigative agencies for linking terrorist.

Along with PFI, the ban is also imposed on its fronts including Rehab India Foundation (RIF), Campus Front of India (CFI), All India Imams Council (AIIC), National Confederation of Human Rights Organization (NCHRO), National Women’s Front, Junior Front, Empower India Foundation and Rehab Foundation, Kerala as illegal association and terrorist nexus. These organizations with different names under the same umbrella of PFI presented themselves as organizations associated with social development and human rights.

A loud and clear message to those who would pursue the strategy of a thousand cuts to bleed India, to advance their politico-military and religious goals, is given by the GoI through ‘Operation Octopus’.

National will is the most vital ingredient of state power that erodes when leadership responses are weak and systems lose their strength. In this case of PFI, the weapon chosen to smash the national will from within was religious fault line to attract Muslims and caste fault lines to attract SC/ST/OBC – according to their recovered confidential documents.

These fault lines are often explored by adversaries to demoralize and confuse the Indian state. In their confidential literature, it is clearly explained how to take the shield of National Flag, Constitution and Dr Ambedkar to fulfill their final mission of Islamic India by 2047.

The purpose of such organizations as PFI, SDPI, etc. was to manipulate the minds of co-religionists, decision-makers and the people, subject to any form of deprivation by a dividing fault line, in general, that they could pressure to think and behave in a way that will serve their interests. The involvement in sparking the Hijab controversy in Karnataka is one of the examples of such psychological warfare in order to exploit fault lines (in this case, the religious dress code in schools, which got the very support and appreciation of Al-Qaida) to serve their mission objective.

Like metals, states have a melting point. The state-building process involves raising this melting point to a level where it is impervious to the heat generated by our enemies within or without. The enemy tries to know this metaphorical melting point as well as devise their strategy to generate the heat necessary to reach it. If India falters under the pressure of such terrorist organizations disguised as a democratic party or waves of foreign-funded violent protests, it will only show how low its point of collapse is. A nation aspiring to be a major player in global power dynamics can ill afford to fall victim to such a psyche and malevolent efforts. Once such a precedent is formed and succeeds, all hostile groups, across the country, supported by enemies within and without, will begin to compete to reach that melting point at the earliest. . This will create total anarchy in the country.

Unfortunately, many Center and state opposition leaders have erred in trying to give it political color and advancing nonsensical theories regarding the Center’s constitutional authority. There is no ambiguity about the role and responsibility of the Center and the States. Article 355 of the Constitution states unequivocally that “the Union has the duty to protect every State against external aggression and internal disturbances”. Moreover, in Ram Manohar Lohia v. State of Bihar (1965), the Supreme Court affirmed that where a threat transcends the bounds of public order and threatens internal security, the primary responsibility rests with the government of the Union.

The political crossfire between the Center and the States only gladdens the hearts of these terrorists. It was urgent to let these extremists know loud and clear that the state will use all its power to protect its sovereign rights and constitutional values.

The front organizations, disguised as NGOs and think tanks, that skillfully help extremists exploit discontent and subvert them to resort to their evil motives must be held accountable. Those who provide them with intellectual and ideological space by presenting them as social revolutionaries are as guilty as the gullible people who incite violence and take up arms.

The first requirement for designing an effective response is to accept realities as they are and to make a rigorous assessment of the enemy – his state of mind, his doctrines, his capabilities and his objectives. You can’t win unless you fight, and you can’t fight until you can define the enemy – boldly and bluntly. One of the main reasons why we as a state have often been wrong in our responses and have not fully benefited from our efforts and sacrifices is our fear of facing harsh realities such as they exist.