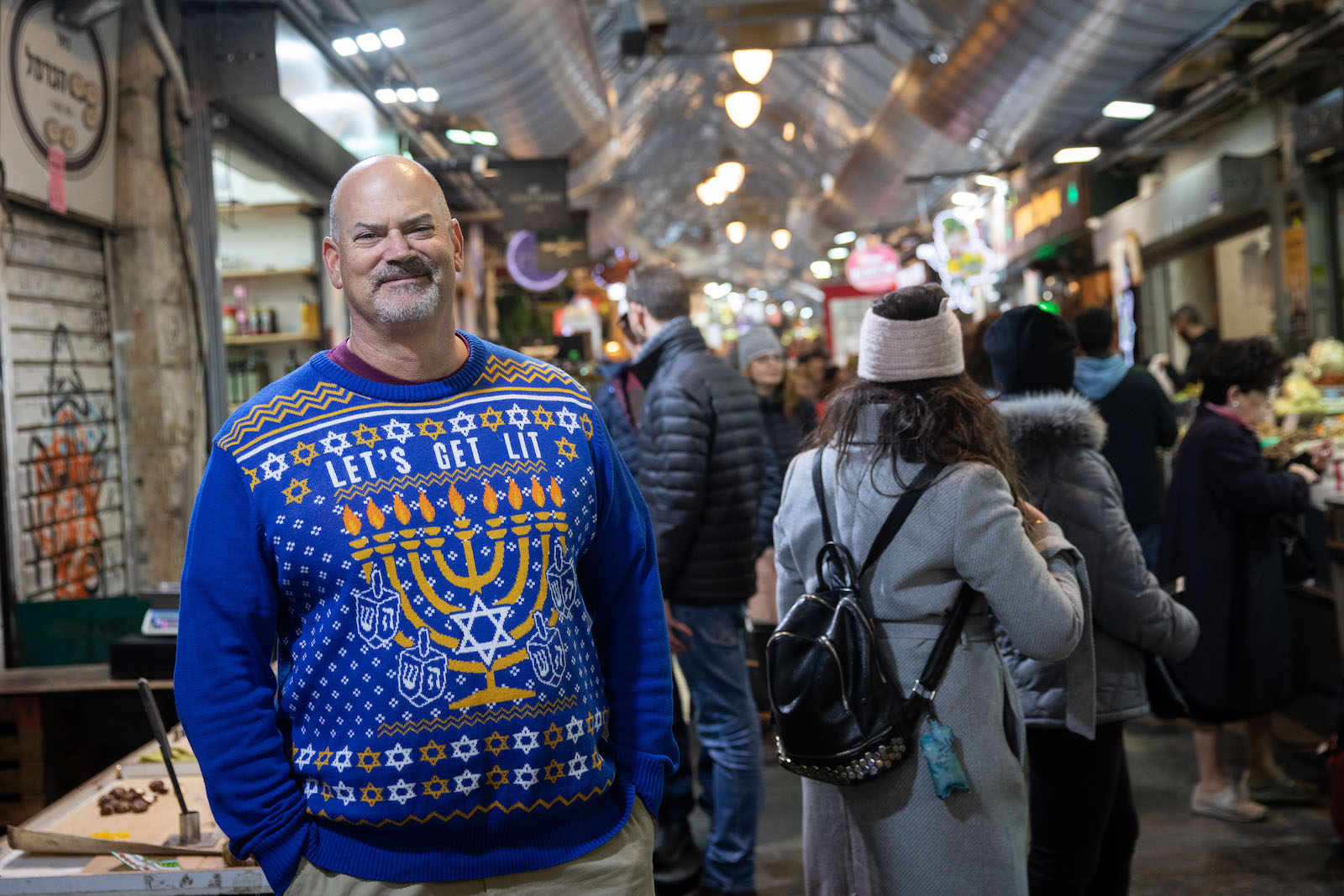 I had the opportunity to visit my daughter at seminary in Israel over Thanksgiving weekend. I had no idea that I was among the last group of Jews in the Diaspora to be allowed into Israel before the government closed the borders to non-Israelis, with some exceptions, because of the Omicron variant. My wife was planning to visit my daughter in January, but in all likelihood she will cancel her trip.

Many Jews are furious with the Israeli government for the way it has treated Jews during this pandemic. How can you close the country off to Jews who have families they desperately want to visit in Israel, but give citizens a free pass? The state of Israel is the Jewish homeland!

Recently, Rabbi Warren Goldstein, Chief Rabbi of South Africa, called the entry ban for diaspora Jews a “moral disgrace”. He warned the country must reverse the ban or risk damaging the country’s long-term relations with Jews in the Diaspora. He pointed to “the heartlessness of these policies” when family friends of Eli Kay, who was killed in a terrorist attack last month, came from South Africa to support the family and been banned from entering the country after entry rules changed while they were in the air on the way. They were forced to break Shabbat when they had to forcibly board a plane to leave the country on Friday afternoon.

READ: Jews are not foreigners

I feel for my friends and family who want to visit loved ones in Israel and cannot be granted an exemption to enter, but I do not agree with Rabbi Goldstein’s characterization of the politics of Israel. This issue is at the heart of the rights of Jews in the Diaspora over decisions made by the State of Israel. For example, when it comes to security issues, such as decisions to use a diplomatic or military channel to deal with an enemy, the prevailing wisdom seems to be that Diaspora Jews should not have a voice in the government. chapter in these decisions, because at the end of the day, these decisions affect the security of Jews living specifically in Israel and I do not feel comfortable expressing strong opinions on an issue that does not directly affect my security but directly affects the security of others.

That being said, I remember that years ago, in the aftermath of the withdrawal of the Jews from Gush Katif, some American Jewish organizations rethought their position of not expressing an opinion on these kinds of issues. This withdrawal certainly affected the security of Israeli citizens. Nonetheless, many Jews in the Diaspora felt that withdrawing from part of Eretz Yisrael was an issue that Jews who value our biblical and historical connection to Eretz Yisrael should be entitled to have their opinion considered.

Another example of this problem is the constant friction over whether to provide an egalitarian prayer space in the Kotel. I would say that the Jewish community in the Diaspora should have a voice on this issue. I am not pronouncing here on the advisability of creating an egalitarian section. I just think the Kotel is a symbol for Jews around the world and has no impact on the health or safety of Israeli Jews and therefore, Jews in the Diaspora have a right to have their opinion taken into account. .

The decisions of the Israeli government regarding the opening and closing of its borders to foreigners fall under the category of laws which affect the health and safety of its citizens and, therefore, it is entirely legitimate to close the borders to Jews. of the Diaspora for a limited time while the government reasonably believes it is doing so for the well-being of its citizens. Is the Israeli government perfect? Of course not. Did the government make a glaring error in sending Jews back to South Africa on Shabbat instead of finding a way to minimize health risks and avoid Chillul Shabbat? I think so. However, governments, both national, state and local, as well as synagogues and schools, have all made many mistakes in finding the perfect balance between protecting the health of their citizens or constituents and creating a semblance of normalcy in everyday life. But that doesn’t mean the government is morally ashamed of itself based on its COVID rules.

I do not subscribe to the argument that because Israel is the Jewish state all Jews must be immediately admitted to the country. This is not a situation where Jews are persecuted in the Diaspora for their religion and they need a safe haven to protect them and Israel is shutting down its doors to them. This is, hopefully, a temporary situation which, according to the Israeli government, was created for the health and safety of its citizens.

On the one hand, we should all feel the pain of those Diaspora Jews who want to but cannot visit the only Jewish state in the world and / or their loved ones currently in the only Jewish state in the world. In addition, we should advocate that the government provide reasonable exceptions in critical situations where possible. However, don’t let our emotions get the best of us. COVID policies have been the source of so many divisions as the stakes are high on both sides and everyone has an opinion. Let us approach this issue with humility, be open to other perspectives in assessing the issue, and do not fall into the trap of using this entry ban as another cause to cause further division between Israel and the Diaspora. Jewish.

Jonathan Muskat is the Rabbi of Young Israel of Oceanside.