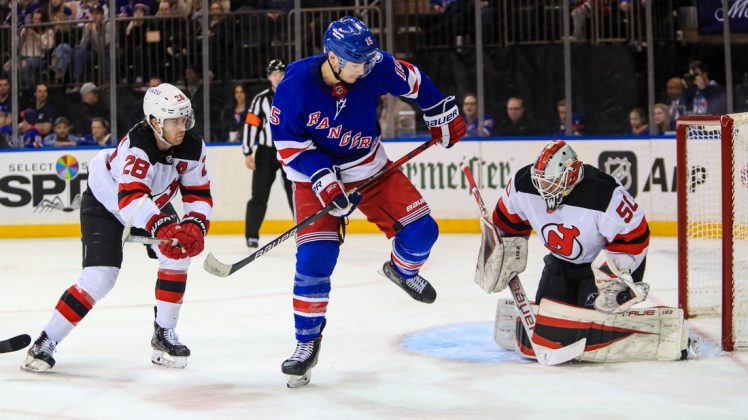 As expected, the Rangers placed Jarred Tinordi and Julien Gauthier on waivers. Gauthier asked for a trade last year, but the Rangers seem to have been unable to move him so far. Given its usage, being waived has always been the plan.

Gauthier is caught in a numbers game, and the timing of his placement on waivers suggests he’s not even in line to be the first called up due to injury. It can go to Dryden Hunt or Gustav Rydahl. Hopefully Rangers are able to move him. He has the game driving skills to succeed in the NHL, but can’t score to save his life.

Tinordi has never been a real option for Rangers this year, but he’s also the 8D at the moment. Giving him a 2-year contract was a confusing decision. At least it costs nothing against the ceiling.