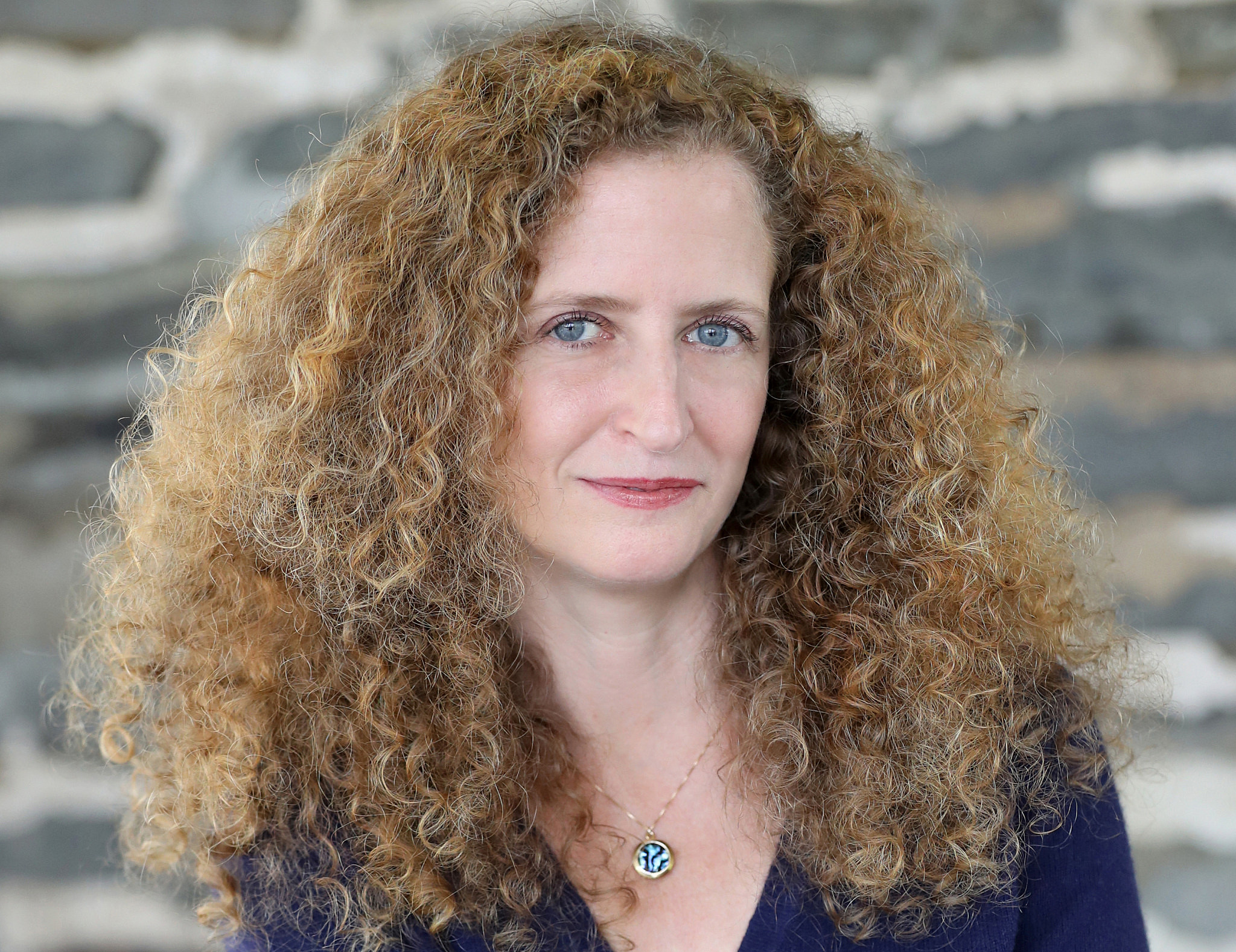 “I’m not sure I can cover my hair,” I told my best friend over an Israeli salad at a kosher cafe in Brooklyn’s Midwood neighborhood. We were in the middle of a conversation about whether I should switch from being a Conservative Jew to an Orthodox Jew, which, among other things, would mean that I would have to hide my frizzy blonde locks in public.

“A woman’s hair is sacred, meant only for the eyes of her husband,” she replied, putting aside my worries. But the conversation got me thinking. My unruly mane defined my identity. I was the girl with the hair. That’s how people remembered me.

On my way to the cafe, my curls growing larger and larger in the August humidity, a man had shouted at me, “Girl, are you somewhere down there?” I was used to the attention. Once an elderly lady sitting behind me at the symphony started stroking him during the violin concerto.

I was raised in a conservative family, but lovingly surrounded by Orthodox Jews, sharing our simchas and our tsuris— our joys and sorrows. Becoming more religious seemed like the next obvious step. I had an unsatisfactory editing job; I had one mismatched date after another – my life was not moving forward. I longed for something big to happen. Maybe something big was a devotion to God. But knowing that embracing Orthodoxy meant I would have to cover my hair when married, well, I thought that might be a deciding factor.

I didn’t know who my husband was yet, but I didn’t like the idea that he was the only one allowed to see my hair. Worldwide, my hair provided an extra layer of protection. In the physical sense, it was a built-in oven. I could also disappear behind whenever I wanted, and as others often asked me about it – was it natural, did I bleach it, what shampoo did I use – it was a conversation starter sure. I secretly feared that removing it and hiding it would leave me vulnerable, exposed.

Shortly after that conversation at the cafe, I took a different kind of leap. I left Brooklyn and moved to the Hudson Valley to start over as a freelance writer. I did not know anyone. I just knew that I both needed a change and an affordable apartment.

Almost a year later, I was eating a Cheerios sandwich on white bread with Russian dressing when it occurred to me that I hadn’t had a real meal in days. I put the sandwich down and went to the grocery store. As I put my hand in a box of grapes, a man approached me. “They are rotten. You can tell by the withered stalks,” he said. I looked at him and our eyes connected.

We ended up in the tomato sauce aisle where I casually asked him if he preferred alfredo or arrabiata. By the time he finished responding with a detailed analysis of the pros and cons of both, I was practically swooning. We talked for so long among the endless jars of Classico and Ragu, his father, whom he had been shopping with, started pacing the aisle, quietly digging the wheels of the cart into his ankles in an effort to pack things.

I fell hard for Produce Man. This new man loved me and he loved my hair, but unlike everyone else, he wasn’t in love with it. He blocked the pipes in his house. He was sticking to the upholstery of his car and he was always picking strands out of his clothes. My hair wasn’t the first thing he saw when I walked into a room; he says it was my smile. Suddenly I questioned my perception of myself, my beliefs and my community. Maybe my hair wasn’t so important after all.

I waited weeks before telling my cafe friend about Produce Man – not only was that supermarket wizard unorthodox, he wasn’t same Jewish. He describes himself as a non-practicing Christian. When he and I started discussing moving to his old farm in the Hudson Valley where his family had worked the land for generations, I knew it was time to make the phone call. As I expected, she expressed her dismay, and we didn’t talk about it again.

Produce Man, who I finally started calling by his real name, Chris, popped the question one beautiful summer afternoon at the Saugerties Lighthouse. I couldn’t wait to tell my lifelong friend, hoping she would be happy for me. I had shared each step with her. How could I not share this?

“We just got engaged!” I screamed when she answered the phone.

She didn’t answer and I thought maybe the line was cut. “Hello?” I said. She took a breath before saying, “I will always love you, but I can’t stand this.” She would not attend the wedding. I didn’t expect her to be a bridesmaid, but it never occurred to me that she would refuse to be part of the day. I hung up the phone and stared out the window at the vast, green ridge of the Shawangunk Mountains, clutching my stomach like I had been punched.

We spoke once or twice afterward, but our conversations were laconic, and then, through all the planning, dreams, and worries…silence. I had lost my best friend of twenty years.

In a gradual and deeply heartbreaking process, others have followed suit. Phone calls became shorter and less frequent. No one mentioned my fiancé and no one asked about my wedding plans. Soon the communication completely stopped. Even though it was never said out loud, I felt like I had been denied.

It marked the end of precious Shabbat dinners and other invitations, but I also felt unexpected relief as my heart opened to love, despite these terrible losses. I was losing more than strands of hair; I was getting rid of expectations – of others and of myself. Both my community and my hair had been important to my identity, but I was learning that neither defined me.

I had followed a trajectory that was not true to my own core values. That didn’t mean I didn’t respect my upbringing; on the contrary, I wanted to show Chris the beauty of Judaism and the longstanding traditions that made me feel connected to a higher power.

We had so much to discuss. Do we celebrate the Sabbath? How would we raise our children? Would we have a Christmas tree? I trusted that we would answer these questions with grace. Our wedding wasn’t just about two people getting together; it was about deciding what kind of life we ​​wanted to live.

When I walked down the aisle to my outdoor wedding, my curls, wild and free, tickling my face in the whispering spring breeze, I knew I was leaving everything comforting and familiar behind. But when Chris took my hand to lead me to our chuppah, surrounded by the warmth and love of those who chose to attend our wedding, a world of possibilities opened up before us. Some known, others yet to be discovered. I was ready for all of them.