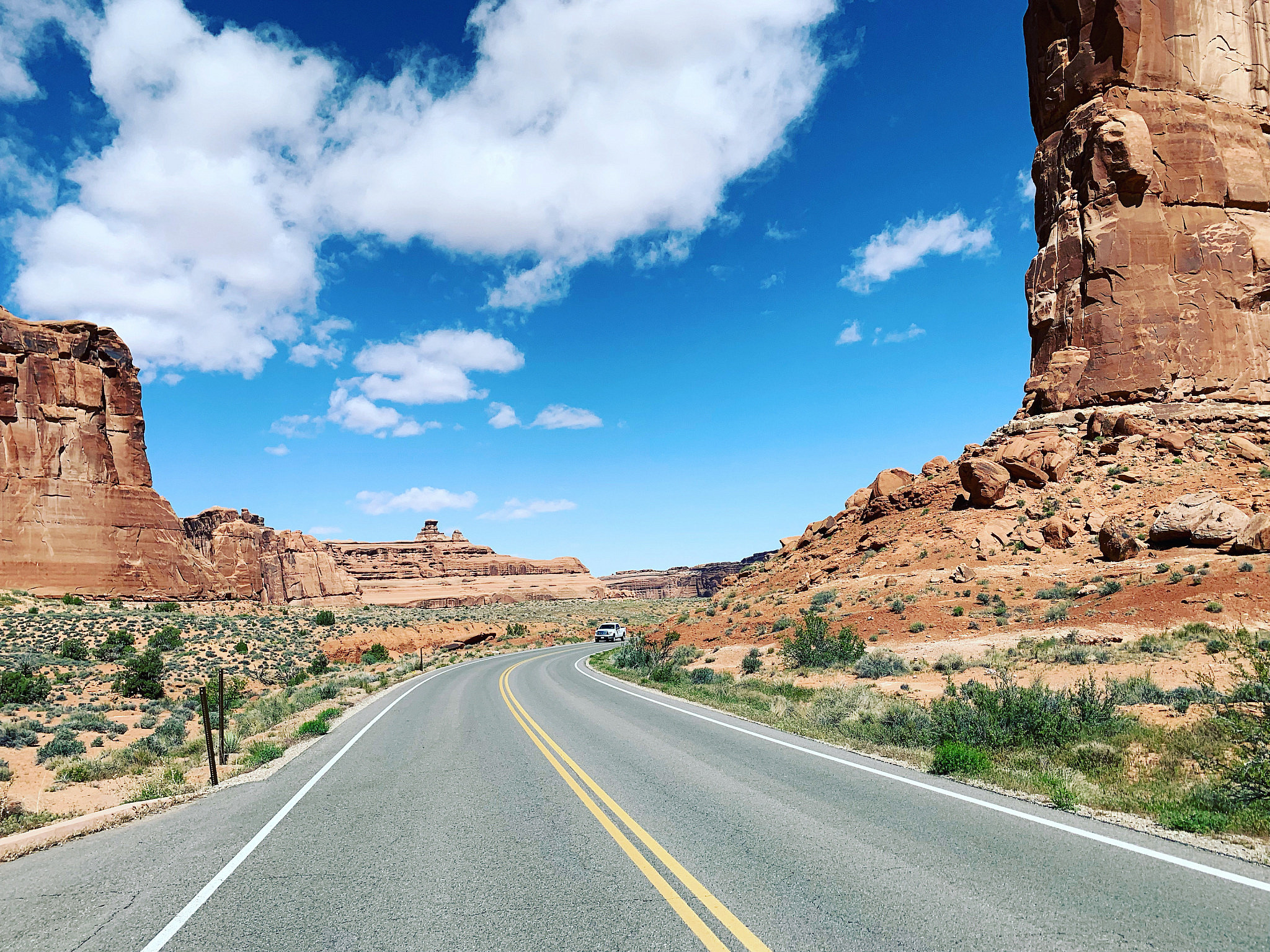 I have never experienced anti-Semitism. I have never experienced racism. Maybe the reason is that I’m white, I speak with a British accent and when my hair is cut fairly short it eliminates my thick, wavy black hair – well, it used to be thick and black, but lately, they become a little thin and gray. I have no typical characteristics that could identify me as Jewish.

Growing up in England in the 1970s, my friends at school thought I might be Italian – there was a child in my class who had an Italian father. This kid had hair that looked a bit like my thick wavy black hair. It was a logical assumption by my classmates that I was therefore also Italian. They didn’t know any Jews; I was the only one in the two schools I attended for my first 15 years. My teachers who knew I was Jewish were respectful. If they harbored negative feelings toward Jews in general, they kept those thoughts to themselves. As long as you conformed to well-established English standards, as long as you didn’t stand out, you were fine, accepted, and able to live your life without prying eyes and the potential for discrimination. In provincial England, devoid of any significant Jewish presence, you can practice your Judaism in the safety of the synagogue or at home as you please, but not in public. That was my experience growing up in 1970s England.

Since then, I have lived in many countries and have always managed to escape Jewish categorization. I have never been a victim of the racial slurs, threats, and even violence that so many members of my faith have experienced. Even living in Paris, France for several years – which everyone agrees is considered one of the most dangerous places in Western Europe for Jews to publicly display their religion – I managed to escape any discrimination.

I came to America because I felt you could be whoever you wanted to be without being judged. Isn’t this the premise of the American dream that has drawn so many people from so many places where they have been discriminated against? My overly naive assumption was that there was an equal and respected place for everyone in America. For Jews, for Catholics, for Muslims, for blacks, for Asians, for Latinos – everyone can be whoever they want to be without discrimination. Call me naive now, but I believed this was the great American success story – a nation of immigrants where everyone is respected for who they are.

Although I certainly wouldn’t define myself as an observant Jew (I was in another life), I am steeped in Jewish traditions. I practice them, I celebrate Jewish holidays, I sometimes go to the synagogue and even sing the Torah on occasion.

Growing up in provincial England as the only Jewish family in our town, my parents instilled a love of all things Judaism in all of their children. We practiced our Jewish faith at home and in the synagogue. We all had our bar and bat mitzvahs. The three boys in the family were even sent to Israel to study when our parents felt that we needed a deeper Jewish education that could not be acquired locally. In fact, I suspect that in fact the reason we were sent to boarding school in Israel might have something to do with the girlfriends we chose from the local selection of girls – but this has never been confirmed .

Fast forward a few decades later and after struggling to find my one true soul mate among the group of nice Jewish girls my mother would have approved of, I find myself married to the love of my life, my soul mate and an amazing woman.

My wife is Korean. My wife is a Protestant Christian, a United Methodist pastor, and the clergy leader of a major church in Los Angeles. She’s actually the opposite of everything I was brought up to believe was the perfect woman for me. 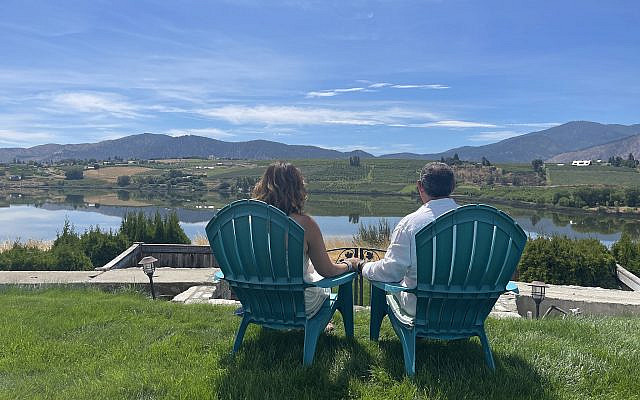 Without even mentioning the cultural differences between a Korean and an English/Israeli/American, how could a traditional Jew proud of his heritage and religion coexist with a UMC pastor who leads his congregation in the love of Christ? This is the subject of another post, probably much more exciting than this one.

In short, we have established a unique relationship based on love for each other, trust, mutual respect, openness and understanding. We work hard to understand each other and make our lives work together. We are a team with the same goals!

We travel a lot. Traveling gives us shared experiences that help us grow as a couple. Long car journeys give us plenty of time to endlessly discuss our beliefs, the world we live in, and what we want for our future together.

Initially, I was surprised when my wife spoke of discrimination as an Asian American. She was telling me how she had been discriminated against in a restaurant or in meetings with members of her church or colleagues of hers. The silent abuse, the stares of – you’re not worth it. My first thoughts almost automatically went to a place where I believed what she was telling me was probably in her head, she might be oversensitive or imagining things that weren’t actually happening.

As Jews we know discrimination – not me personally, but we as a Jewish collective know discrimination, it is part of our common experience of being Jewish. We have all lived through the Holocaust. How can everything she’s been through compare to our thousands of years of suffering? I was initially and ignorantly dismissive of his feelings.

Recently, we decided to take a road trip to see Utah’s national parks. Amazing places such as Zion, Bryce, Arches, Canyon Lands. Our thinking was that we are not getting any younger – let’s hike these amazing places while we still can. 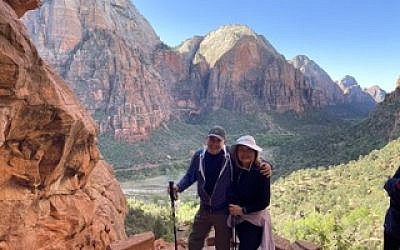 We found an Airbnb in a small town, not too far from one of the national parks where we were going to stay for several nights. We made a reservation for one of the local restaurants. Not a special restaurant – this is rural Utah, there really isn’t much there.

We arrived to an almost empty restaurant. Eventually we were led by the hostess to an outside area where it was very hot and windy. We told him we wanted to be inside. She showed us a chair at the bar right next to the door. We were also not interested in sitting at the bar. The hostess told us that there were no other places available in the restaurant and that they were all reserved. My wife replied that we had a reservation. His answer was “yes, but those tables are reserved for other people”. My wife had none of this and continued to claim that we had made a reservation, there is an empty restaurant and we want to be seated. The hostess finally relented and seated us in the main restaurant area.

None of this was overt racism, but it does leave you wondering if the hostess’ consideration of where to seat customers is based on race.

What happened next was clear and unequivocal. As we sat down, my wife commented that a group of men sitting at a table across from us were staring at her and she felt uneasy. I looked up and immediately understood. They turned around, stared at us and made comments that left no doubt as to their opinion of us. I noticed one of the people at the table got up and walked over to the hostess and had angry words with her looking in our direction. Throughout dinner, this continued non-stop. They would turn around and stare at us as if to make us uncomfortable, as if we were animals in a zoo.

The next evening we went to another restaurant in the same area. Once again we were subjected to the same seating arrangement. An empty restaurant but we were shown a table outside which we weren’t interested in.

A white man came with an Asian woman. They were sitting in the hallway on a large table. The man got very angry and was eventually moved to a table for two in a ‘more exclusive’ area. An Asian family entered the restaurant where they were seated outside where another Asian family was already sitting.

I felt angry, hurt, and guilty for doubting my wife’s feelings of discrimination. I felt a lot of emotions but mostly I was sad. I was sad to know that with my complete indulgence in my own shared Jewish experiences of discrimination, I hadn’t even acknowledged that my own wife suffered far more than I did. I was sad that the American dream that you can be whoever you want to be is already dead. Intolerance and hatred are alive and well in the heart of America.

My wife, who was born in Seoul, Korea, is non-confrontational by nature. After arriving in the United States at the age of 14, his family settled in Honolulu, Hawaii. They later emigrated to Seattle where his parents, sister and brother still live. When asked where she is from, she always answers “Hawaii”.

We stopped at a cafe somewhere in the middle of nowhere in Utah. A man with a strong Eastern European accent, behind the counter, asked her, “Where are you from? She answered hesitantly, “America, … I’m American. He replied, “No, you are Chinese. Are you from China?” “No,” she replied with a firmness in her tone, “I’m an American from Hawaii.” “Ahhh Hawaii,” he replied and immediately changed his direction, “Biden is responsible for the war in Ukraine. Trump would have made peace with Putin and no one would have died – Biden is a murderer.

Welcome to the REAL America – it’s not your California country

Whether we like it or not, we already live in another vision of America. Not the America I naively believed in. It is a conservative, openly racist America where, in rural communities, minorities are openly discriminated against. As a local person replied to me after asking where I was from, “Welcome to REAL America – this is not your la-la California land”. No, that is definitely not the case! That’s not what my America stands for either.

All I can do is support my wife in everything she does, try to protect her from discrimination, and be there for her like she is there for me every day. More importantly, if we have learned anything from our shared experiences, it is to not remain silent in the face of hate and to call out for it wherever it exists.

When it's time to get away... dating apps

Defending the Duo: The Cello and the Nightingale | Blogs