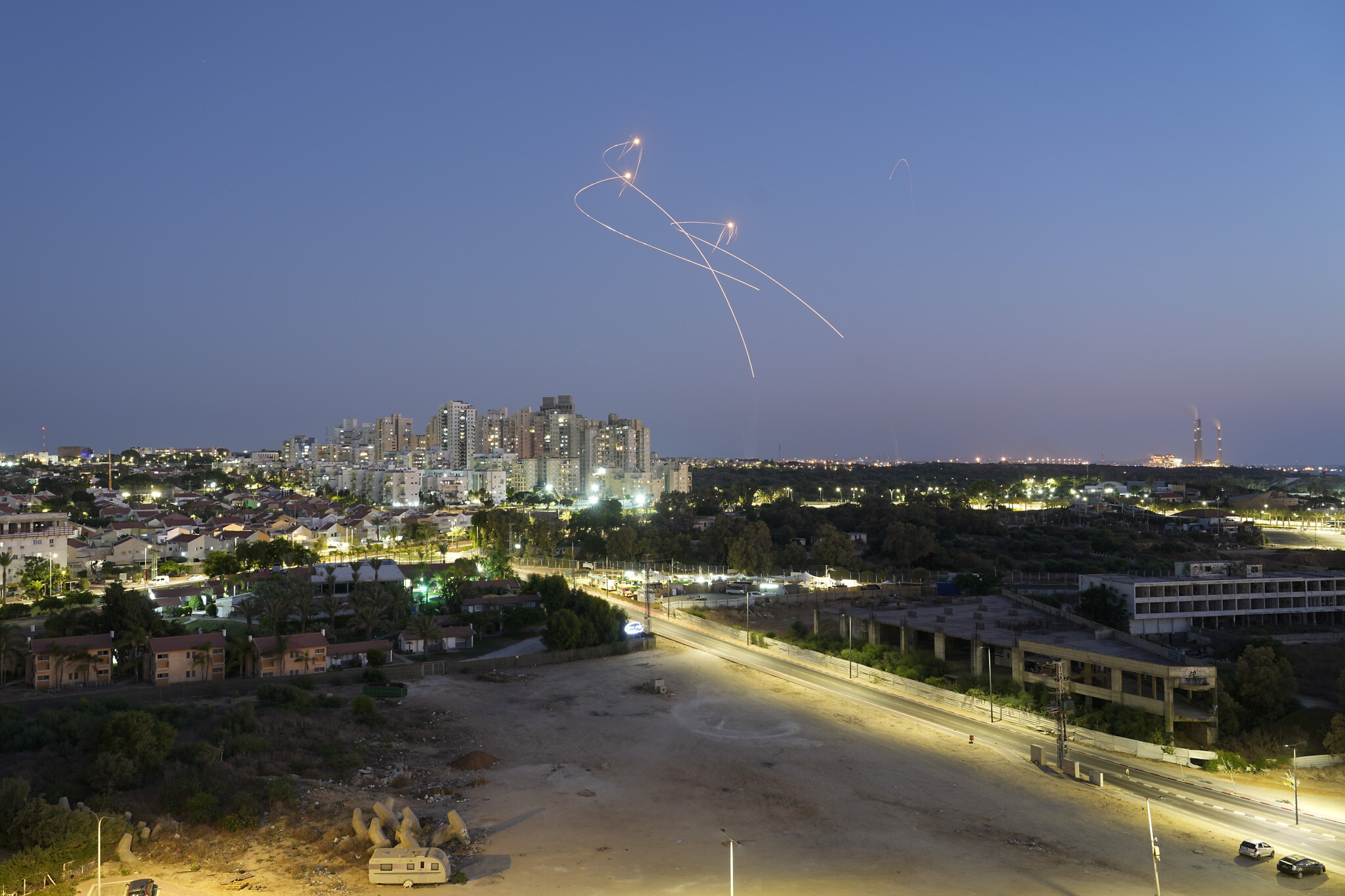 Another series of deadly Palestinian-Israeli exchanges, this time involving Israeli attacks targeting Palestinian Islamic Jihad leadership and infrastructure and the relentless launching of more than 1,000 missiles and rockets at Israeli civilian centers, wreaked havoc again in the long-besieged Gaza Strip and in many parts of Israel. Despite the improved technological accuracy attributed to the incursion, its the cost continues to rise in life, body, livelihood and spirit – not only for Palestinians, but also for Israelis. Since last night, he seems to have calmed down – like his predecessors – in an uneasy truce, until another stage in this seemingly endless cycle reignited the violence. The realization that only a diplomatic settlement can break the spiral of escalation is now a truism.

For too long, all parties involved have systematically clung to short-term military objectives in the hope of forcing a detente. This hasn’t worked in the past and other iterations cannot be expected to yield different results. To achieve lasting understanding, it is necessary to set aside some key mistakes that continue to fuel the increasingly destructive conflict and replace them with principles that can set it on a different and constructive path. Multiple historical and comparative examples provide important instruction and practical advice. The revision of three key working hypotheses can greatly contribute to the start of such a process.

The first defective presumption deals with the definition of fundamental questions of the Israeli-Palestinian conflict. For a century and more, both sides have cultivated the idea that the presence and prosperity of the other constitute an existential threat to their survival and their being. This zero sum perception has informed every explosive moment since the end of the 19e century – including renewed efforts at Jewish settlement in lands under Ottoman rule, the enactment of the Balfour Declaration and the establishment of the British Mandate, the riots of 1929 and 1936, World War II, the Partition of Nations Agreement United, the ensuing War of Independence /Nakba, then spreading to a host of campaigns, skirmishes, wars and armed initiatives. With a few notable exceptions, this common thread has bound Palestinians and Israelis in the grip of a humanly horrible Gordian knot.

This narrow and militaristic prism has gradually subsumed accommodation efforts. Israelis and Palestinians can no longer afford to succumb to this mutually destructive mentality. This not only invites more acrimony, misery and frustration; it also misses the key point – that at its core, the conflict is about the preservation of each community’s history, identity, culture and collective aspirations. It is the embodiment of national conflict, aggravated over time by a growing power imbalance and institutionalized asymmetry, culminating in unspeakable enmity.

The confusion between the manifestations and the causes of the Palestinian-Israeli enigma has cast a shadow over successive efforts to find a way for the two peoples to live side by side in dignity and mutual respect. Only by confronting this central problem and recognizing the equality of all who reside on the earth – individually and collectively – will it be possible to avoid further deterioration.

The second fallacy that stems from the pattern of the Israeli-Palestinian conflict to date relates to its dynamic. The underlying assumption is that this confrontation is unique and should be treated as such. National liberation movements, however, are an integral part of modern history – dating back to the American Revolution and continuing unabated, especially after the World Wars and Cold Wars of the 20e century and the struggles for self-determination that punctuated the first decades of this millennium. Each has its own specific characteristics; none can be considered sui generis. Jewish and Palestinian struggles are no exception. It is essential to draw concrete lessons from the experiences of similar conflicts elsewhere.

Three distinct periods characterize the Israeli-Palestinian dynamic. The first, from the turn of the 20e century until 1948, revolved around the rivalry between the indigenous Arab community and successive waves of Jewish migrants seeking to build a national home in their historic homeland. The second, between 1948 and 1967, is marked by the displacement and dispersion of the Palestinians on the one hand, and the Israeli consolidation and construction on the other hand, the conflict being largely externalized. The third, now in his 55e year, began with the Israeli takeover of Gaza and the West Bank in 1967 and has continued in various forms – directly and indirectly – to this day.

The uneven internalization of the conflict has pitted Palestinians against their Israeli rulers, who continue to exercise control over their lives and being. From that point on, the pattern of Palestinian struggle against Israeli domination progressed along a familiar trajectory common to all national liberation movements in the face of recalcitrant occupiers seeking to maintain their domination and assert their right to freedom. equality both individually and collectively (including that of self-determination).

This process unfolded in several well-known stages, beginning with a demand for autonomy that was not facilitated by the intransigence of the Arab world and largely rejected by successive Israeli governments. It then moved on to greater activism propelled by largely nonviolent grassroots political action with the outbreak of the First Intifada in the late 1980s. In most parts of Asia and Africa, decolonization ended at this stage with the political withdrawal of the colonial powers. In this case, however, the coercive Israeli response only strengthened Palestinian resolve. The search for a diplomatic solution and the signing of the Oslo Accords held out the possibility of a lasting peace, involving mutual recognition and the return of the PLO hierarchy to Gaza and parts of the West Bank. But the assassination of Prime Minister Rabin and the rise of Palestinian frustrations led to the eruption of new violence, accompanied in Israel and the Palestinian territories by internal fragmentation and growing radicalization (right turn in Israel; rise of Hamas, especially in Gaza). This cycle of escalation was accompanied, here as elsewhere, by a process of international intervention which added fuel to the fire.

At any moment, it was possible to switch to diplomacy. All efforts in this direction, from the Arab Peace Initiative, the Annapolis process and up to the Kerry intervention, have come to naught, further narrowing the options available. The latest rounds – including the euphemistically “Operation Guardian of the Walls” last year and now “Operation Breaking Dawn” – have further escalated the spiral of violence, amplifying internal radicalization (bringing Islamic Jihad and Jewish Kahanists from far right directly into the mix). The relative calm of the past year has not been able to cover the fact that the situation on the ground is rapidly returning to its pre-1948 mode with the contemporary addition of global fatigue and neglect which perpetuates the vicious stalemate.

Debates over the details and consequences of this dynamic tend to blind observers and participants alike. In this climate of growing stubbornness and discouragement, it is easy to forget the main lesson of all national liberation struggles in the modern era: that they have all resulted in the end of foreign domination. Even the most asymmetrical confrontations (Vietnam, South Africa, Ukraine today, as well as Israel itself) prove that in the long term, no force will be able to resist indefinitely the demand for freedom and of self-determination. Israel too, even if it tries to do so, cannot challenge this model.

The way of resolution of the conflict is therefore crucial. In recent rounds, including the last few days, the focus has been on the exit strategy, although more often than not it has been easier to identify the trigger for the escalation than to predict how. it would end. Achieving a military break, however, is clearly not enough.

The real test is translating the temporary calm into a diplomatic process that can result in a lasting accommodation. This is the main challenge facing Israelis and Palestinians. If they use the lull again to plan how to improve their offensive abilities, they will cause even more chaos and anarchy. But if, with regional support and international backing, they finally address the root causes of their conflict and address its consequences – as has been the case in many other places – then perhaps it will be possible to relaunch a viable diplomatic process. Reaching an agreement – ​​involving uncomfortable compromises for many – is the first step to begin this rehabilitation necessary to make life livable again for all. Dawn can still lead to a bright new day if we make it happen.