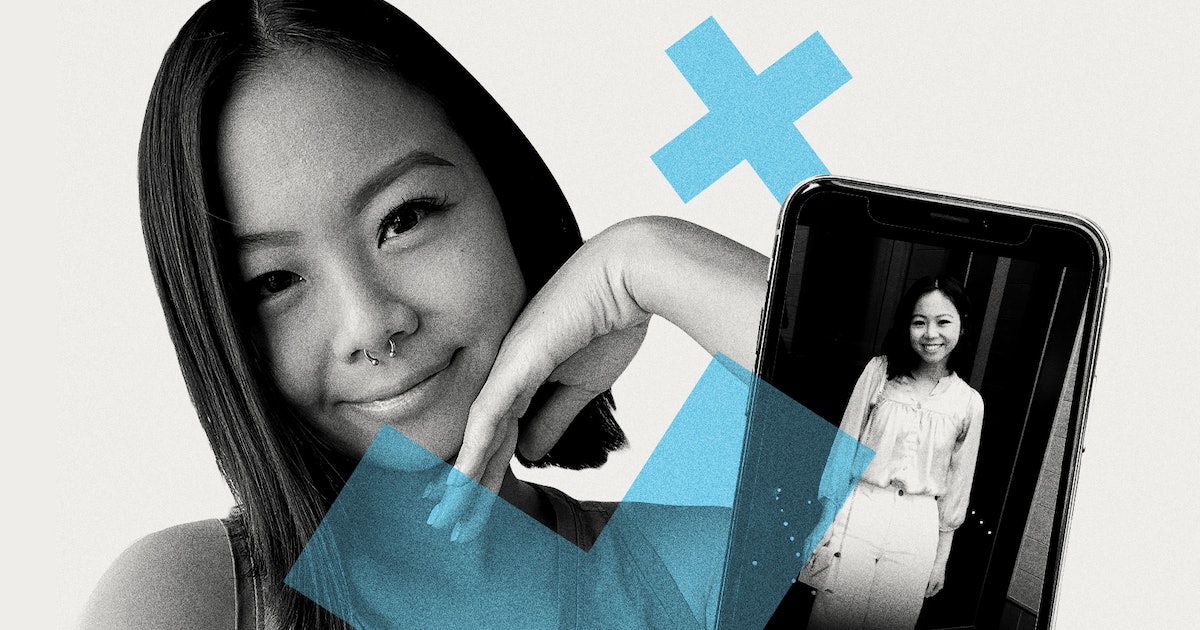 The first time I matched with Andrew* online, I was hopeful. There he was: cute, 30, creative director, avid reader. We had a lot in common – like that, we both moved to Chicago to pursue our passions and agreed on the best place to get waffle fries after midnight. Naturally, we have set a date for this coming weekend.

This is where I confess that I rarely look forward to first dates. Call me detached or blame my Aqua Moon, but I usually feel nothing but indifference. Still, I couldn’t help but notice my excitement as I rushed to get ready that evening. After curling my hair (I was really trying) and sending several pictures of outfit options to my best friend, I was on my way to a trendy restaurant in my neighborhood.

To no one’s surprise, the date started well. We laughed at our childhood stories sharing mozzarella sticks and bonding over our knowledge of the crime documents. By the time my burger arrived I was convinced that all the clichéd stories about people falling in love were true.

“I’m so bad for Asian girls,” he confessed, smiling as if what he said was a joke we were both involved in. I nodded as if I understood, but my mind was already racing. Was he, a white man, only interested in me because of my race? Is it unfair to call his only remark fetishization? Racial fetishism includes being attracted to a specific group of people based on racial stereotypes rather than individual personalities or interests. These questions followed me as we ended the night and I half-heartedly agreed to meet again another time.

Unfortunately, my story is neither unique nor surprising: the fetishization of Asian women in America goes back centuries. A first example? the Pages Act of 1875, which severely restricted Chinese women from immigrating to the United States for fear of being prostitutes. This hyper-sexualization was perpetuated by American troops who sexually exploited women in Asia while serving; the the demand for asian sex workers has increased after World War II, the Korean War and the Vietnam War. The silver screen has also supported this submissive stereotype: When the film Memoirs of a Geisha came out in 2005, I was one of the few Asian Americans growing up in a small Minnesota suburb and spent months awkwardly laughing at my classmates who asked me if I was a geisha .

Fast forward to today’s online dating world and it’s easier than ever for people to share fetish fueled remarks. However, a recent study by Bumble reveals that nearly half of users don’t know what the term means.

But this lack of awareness did not shock me – before my meeting with Andrew, I had already received similar hurtful messages. Once, to say hello, a match asked me how awesome it would be if my name was Jasmine. I did not answer. When another man suggested we cook together, I agreed – until he said he wanted to make “authentic” dumplings, as he assumed I would know how to fold the wrappers. Again, I did not answer. However, Andrew’s first messages had been kind. Confused, I thought back to our conversations and remembered a brief interaction where he said most of his friends were Asian. At the time, I swept the comment. Now I realize that could have been taken as a clue.

A few days after our date, I let Andrew know that I wasn’t interested in seeing him again — and decided to set better dating app boundaries. When a match shared that he liked my “exotic” look, I told him his post made me feel uncomfortable. His answer ? I surpassed it. Another time, a man told me he had “yellow fever”. After saying that term was offensive, he called me sensitive. My answer? Incomparable. Overall, I’ve paired and received inappropriate messages from men of different races, most of them from white men. The pattern was clear: if I didn’t tolerate these racist comments, men weren’t interested in me.

When I mentioned my frustrating experience at a rally one weekend, the reactions were mixed. Some gasped while others laughed. My friends of different races had the same reaction: “People like Asian girls” – as if that was enough to explain being objectified. “That’s how it is,” they said. But that perspective was part of the problem, wasn’t it? I got subtle comments like these all through my 20s – one date kept saying he liked Asian women because of our “small” size. Or there was that other match who claimed he wanted to marry an Asian woman after his brief time abroad in Asia. Even though the remarks were different, they were always presented the same way: perfectly packaged comments, motivated by racism and hidden behind the facade of a compliment.

Still, I wasn’t going to let these encounters stop me from trying to find a connection. As I continued to sweep, I felt empowered to be more direct. Much like the way these men didn’t apologize for their racist comments, I wouldn’t apologize for reacting to the experience. Where I once ignored a statement, I have now shared how uncomfortable it made me. In situations where I used to give the benefit of the doubt despite what was said, I followed my instincts. And during the times when I wondered if my honesty would scare men away, I reminded myself that the right person would respect my boundaries instead of judging me for them.

A few months later, I met Oliver*, a tall white man who worked in finance and who made the distinction between talking about stocks enough to be interesting but not boring. He was witty, understood all the Twitter memes I sent (that’s important), and maybe had a better wardrobe than me. As I rode the elevator up to his apartment for movie night, I knew I was another good date away from officially liking him. Throughout the night, Oliver continued to impress me with his intelligence and spotless bathroom (that’s the pinnacle of sanity, right?). When I complimented the charcuterie platter he made for us, he admitted it was his first attempt at my favorite appetizer – because he usually only ate Asian food. This comment inspired my next question.

“Were all of your exes Asian?” I asked, glancing furtively at her as I grabbed a piece of cheese.

“Yeah, I connect better with Asian girls,” Oliver replied in a neutral way that could only come from a place of certainty that I wouldn’t be offended. He continued. “I identify more with Asian culture and I think women are more interesting.” Like the men before him, he smiles. But unlike those other times, I didn’t play along and couldn’t recall any past interactions that suggested he was likely to make such a statement. So I explained why what he was saying was problematic – and he reacted by trying to justify that he didn’t mean it “that way”. You can probably guess the end of the story: I ate more cheese (that’s the least I deserve), finished the movie, and never saw it again.

That’s not to say that my entire dating experience has been filled with these stories. I’ve dated wonderful men who were in my race and outside of it, I’ve had healthy relationships that just didn’t work out, and I’ve met potential partners who have respectfully answered my questions about whether their exes were Asian. Being honest with myself has led me to confidently set relationship boundaries – and one of those is avoiding men who only see me for my race.

Ultimately, I go out to find out who I’m compatible with and adapt based on what I learn. Whether that discovery happens in two messages on a dating app or two years from now in a long-term relationship, there’s no right or wrong way to get to know someone — and I think that it’s never too early or too late to change my mind once I do. Maybe it all boils down to this: I’m just looking for people who care about me for who I am and not for the idea of ​​who they think I should be.

*Name has been changed.

What is "magikkun" and why is the term trending on dating apps in South Korea?

Love me, love my horse: Pets weave their magic on dating apps

The plague of “Just Ask” profiles on dating apps 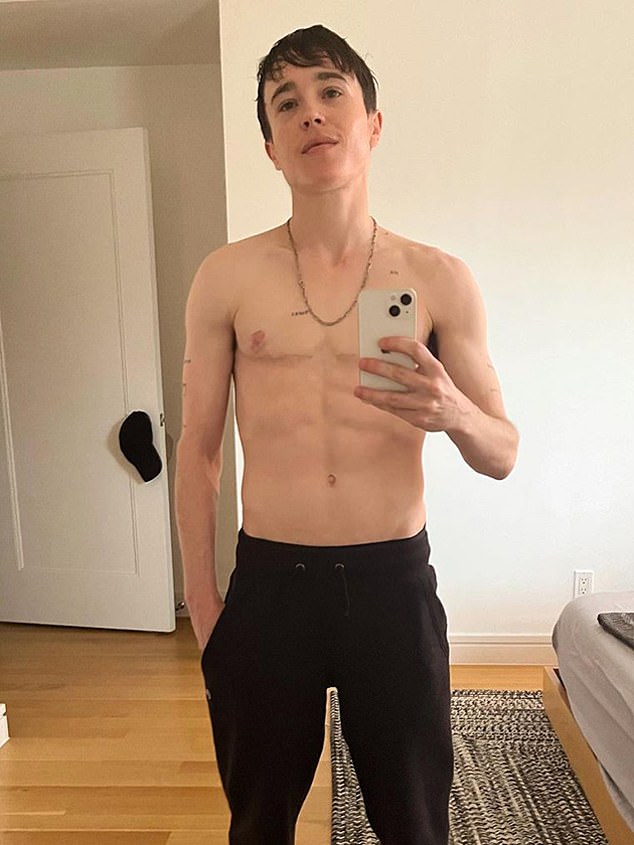 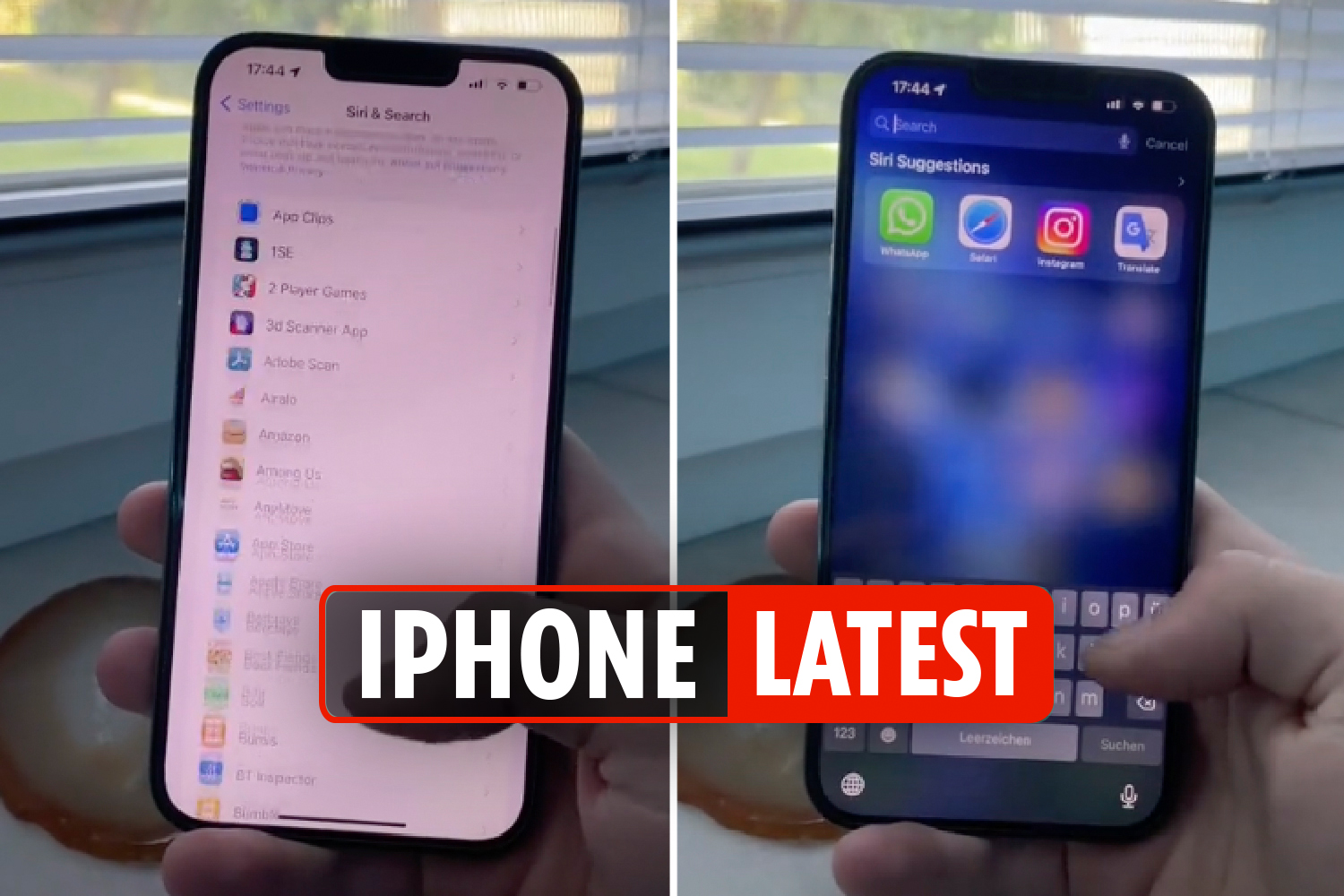 The plague of “Just Ask” profiles on dating apps