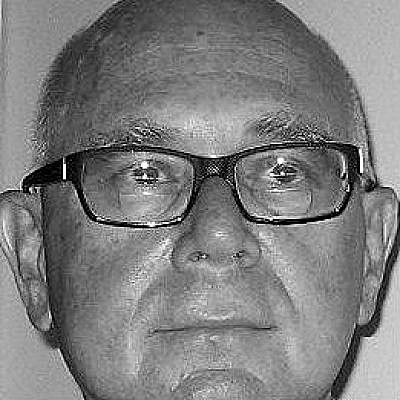 Jerusalem has been the target of Palestinian terrorist attacks for decades. During the second Palestinian uprising, from 2000 to 2005, suicide bombers threw themselves into the murderous mix with particular fervor, blowing up buses and sending a wave of fear.

Jerusalem’s horrific fight against terrorism is at the heart of Yossi Atia’s quirky and engaging feature film, Born in Jerusalem and still alivewhich will be presented online by streaming service ChaiFlicks during its Israel Independence Day Film Festival from May 4-9.

The person at its center, Ronen Matalon (Yossi Atia), was born and raised on Jaffa Street, a major thoroughfare in the city. He is single and in his thirties. Being unemployed, he seems idle. He owns a modest apartment and shares it with a boarder, Simon (Itamar Rose), who is currently behind on his rent.

One morning, Ronen disrupts a standard walking tour of Jaffa Street, informing tourists that this unremarkable stretch of Jerusalem has been a “war zone,” a place where Israelis and foreigners have been killed by terrorists over the years.

Ronen is obsessed with terrorist incidents, judging by a later scene in which he digs up old copies of Israeli newspapers with terrorism-focused headlines and photographs.

The next day, he gives his first “tour of terror” to two Japanese tourists. Ronen is phlegmatic and socially awkward, but he is quite an effective communicator. As he guides them on the tour, he periodically stops to talk about this or that suicide bombing that claimed the lives of bus passengers. As they go, he gives each tourist a candle to place on a memorial plaque.

The stoic Japanese are impressed by his presentation, as basic as it is, and promise to bring him more customers. More than a dozen Japanese tourists join his second tour, during which he distributes graphic photographs of terrorist attacks. These Japanese tourists belong to the Makuya community, a religious group that idolizes Israel. Ronen refuses to pay for his services, possibly because they are pro-Israel. Atia skillfully portrays Ronen as a dour individual who seems averse to money.

A subplot blends into the narrative. Ronen’s mother died ten years ago, and since then his widowed, invalid, and reclusive father, Meir (Ali Shimonov), has tried to persuade Ronen to live with him. Ronen loves her, but he values ​​her independence and continually rejects her father’s invitation.

The film takes place over a period of approximately one year. During this interval, he meets Asia (Lihi Komowski), an Israeli who studies architecture in Barcelona. When the tour ends, they go their separate ways.

In the meantime, Ronen is preoccupied with the task of hiring a live-in companion for his father. He finds an unemployed Indian tourist who is willing to fill the role, but his stubborn father puts up resistance.

A few months later, Ronen spots Asia and works up the courage to ask her out on a date. Komowski lights up the screen with her charm and sex appeal. They meet at a bar and, although Ronen isn’t much of a conversationalist, they end the evening romantically at his apartment.

Their relationship is sporadic and unpredictable. She makes him breakfast, but he is embittered and doesn’t seem to appreciate her efforts.

Simon, meanwhile, urges Ronen to monetize his tour by selling jerseys and memorabilia. Ronen isn’t the least bit interested in profiting from his tours. At this point, he seems exhausted, the tour having taken an emotional toll on him.

Several months pass and Asia returns to Jerusalem with a diploma in her pocket. She contacts Ronen, rekindling their romance. Whether or not it works is debatable, but its dynamics are certainly intriguing.

Sheldon Kirshner is a journalist in Toronto. He writes in his online journal, SheldonKirshner.com

My Early Yeshiva Education Was an Institutional Betrayal | Shlomo Nosków