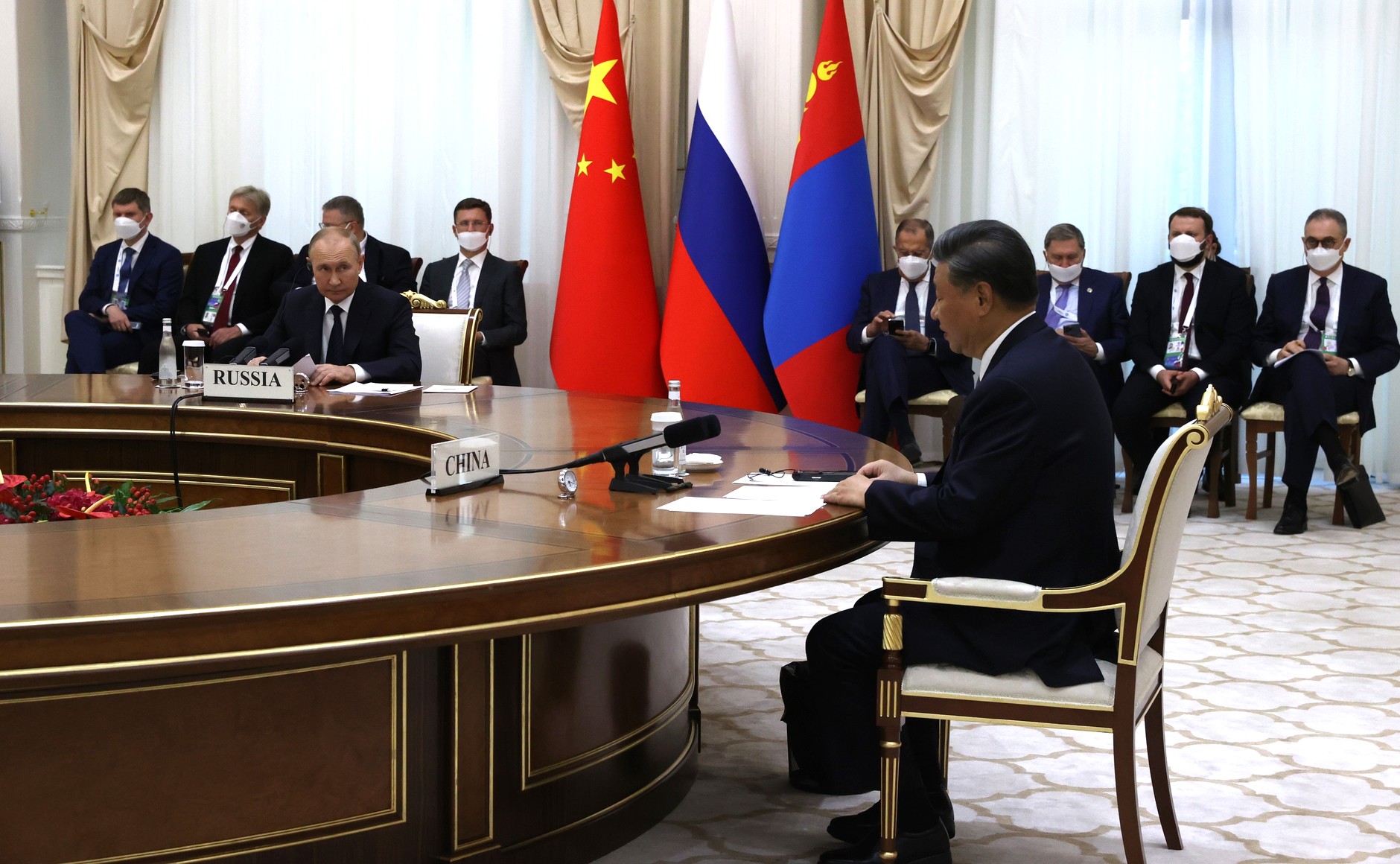 The long-term goals of Russian President Vladimir Putin and China’s Xi Jinping are to secure and restore their countries as great powers in the 21st century. Here they are reunited in Samarkand this week. Photo: TASS/kremlin.ru

In recent months, it has become clearer that the long-term goals of Russian President Vladimir Putin and China’s Xi Jinping are to secure and restore their countries as great powers in the 21st century. To achieve this goal, they aim to set up hybrid strategic alliances in order to maximize their influence, increase their diplomatic, geopolitical and economic gains on a global scale.

Unsurprisingly, Africa has again become a key instrument and playing field in this game. A game, in which a transition within the international order from a unipolar system dominated by the United States, to a multipolar structure or triangulation where Russia and China play strategic roles, takes place. A key question is therefore: how do these two emerging superpowers conquer the African continent at the expense of Western powers?

Africa is not a new playground for Russian diplomacy. Although the configuration has changed since the end of the Cold War and the tools used by the former Soviet Union in Africa have been readjusted, Russia is now back in Africa after more than a decade of absence, as one of the key bilateral partners. Russia is not a new player in Africa’s foreign policy, what is new, however, is the approach it is taking to increase its geopolitical influence and maximize its economic gain on the continent.

Russia’s strategy in Africa is both opportunistic and calculating. It is opportunistic in the sense that it is willing to take risks and quickly deploy Private Military Companies (PMCs) such as the Wagner Group in crisis contexts when the opportunity arises.

Russia is now back in Africa after more than a decade of absence, as one of the main bilateral partners.

Using PMC as a tool to increase his influence in Africa, Putin and his associates reintroduced the concept of mercenaries into the modern international system. Africa, with its fragile states, weak governments and abundant natural resources, has increasingly become a battleground for terrorist activities. The inability of African states to protect their territories against jihadist groups, push these governments to negotiate with PMC to protect their territories and train their army. In return, PMCs are remunerated through the exploitation of natural resources such as oil, gas and minerals.

This has been observed in conflict contexts such as the Central African Republic and currently, in Mali. In this way, Russia is redrawing a new path on which lone rulers or proxies will compromise their sovereignty. As a result, Russia thus sees Africa as a way to balance Western influence through asymmetric tactics.

As for China, its strategy does not depend on its government’s position on the Russian-Ukrainian war, but rather on the common economic interest (The diplomat, March 28). Their level of engagement with African leaders has increased since the war in Ukraine, indicating China’s continued interest in increasing economic cooperation through various bilateral agreements relating to infrastructure projects, natural resources and agricultural exports to China.

Over the past decade, under President Xi Jinping’s Belt and Road Initiative, Chinese leaders have extended economic cooperation to various African countries. In 2019, an estimate of total trade of $200 billion was made, making China Africa’s largest bilateral trading partner.

China’s economic policies towards Africa focus on the following factors:

China should gain influence in Africa.

As a proactive player in global security, China has also increasingly engaged in other African affairs, especially in peace and security issues, including countering the insurgency and its spin off (CambridgeMay 18, 2021).

In this context, China’s keen interest is to provide support to countries in the region in the fight against extreme terrorism while ensuring economic prosperity and stability. As China continues to mediate disputes on the mainland, this will likely give them leverage on various security-related issues in the future (world timesJune 21st).

Decline of powers: the case of France

As Chinese economic and Russian military objectives in Africa are increasingly integrated into development plans in Africa, this has led to the disappearance of Western domination over the former colonies.

The presence of French military operations in Africa through mechanisms such as the G5 Sahel is seen as a tool to preserve France’s carrot-and-stick relationship with its former colonies. In this way, the French can continue to protect their economic interests and access the region’s precious natural resources.

Through military operations and anti-terrorist campaigns, France legitimizes its presence in the region and continues to maintain its dominant position.

However, the lack of economic development combined with other factors, including long-lasting instabilities, led to a rise in anti-French sentiment in many parts of Francophone West and Central Africa.

During the 2020 G5 Sahel summit, held in Pau, many political analysts considered French President Macron’s request for greater public support for his military operation such as Operation Barkhane in the Sahel by the African leaders as a kind of “neocolonial customer summons”. ” (RFI, January 13, 2020). For most of those governments involved, there are challenges in how to navigate the dilemma of mobilizing public support for France’s continued operations, and at the same time not being seen as another pawn in the political game. of France in Africa.

For new local rulers such as the Malian military junta, mobilizing anti-French sentiment among the population was used as a tool to legitimize their military rule. What this new trend may lead to, remains to be seen.

Why I Stopped Dating Apps Like Tinder, Bumble and Hinge

Dating in your thirties? | WeForNews